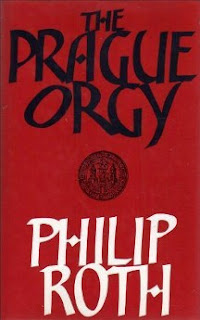 “When I came to New York and wrote my letter to you, I said to Eva, ‘I am a relative of this great man.’ I was thinking of my father and his stories. Since we have come from Europe, I have already read fifty American novels about Jews. In Prague I knew nothing about this incredible phenomenon and how vast it was. Between the wars in Czechoslovakia my father was a freak. Even had he wished to publish his stories, where would they have appeared? Even if he had published all two hundred of them, no one would have paid attention—not to that subject. But in America my father would have been a celebrated writer. Had he emigrated before I was born, had he come to New York City in his thirties, he would have been discovered by some helpful person and published in the best magazine. He would be something more now than just another murdered Jew. For years I never thought of my father, now every minute I wonder what he would make of the America I am seeing. I wonder what America would have made of him. He would be seventy-two. I am obsessed now with this great Jewish writer that might have been.”

“His stories are that good?”

“I am not exaggerating his excellence. He was a deep and wonderful writer.”