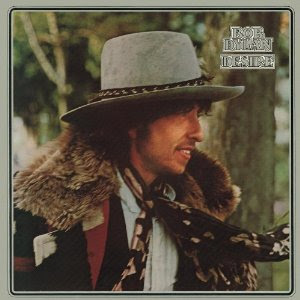 but if you're looking for firsts, it's but 10:23 in the a.m. on the East Coast and I've already finished (been finished, like maybe so long that the recorders have already recharged; it was early) my first of two scheduled interviews today, a wonderful conversation with Wisconsin State Senator Jon Erpenbach who turns 50 on Friday.
but that is not the first, of course, as I have interviewed many (many) folks about to turn 50 over the past eleven months.
but I'm almost positive that this is the first time I've ever interviewed anyone who was on their way to meet the President (full disclosure: I have interviewed someone who had talked to the President the day before, just never someone on their way, etc.).

in other news, the Voice continues to crank out more Dylan material, both past and present, both print and video.
Day Two of the video series hit the Interweb yesterday, as did my print piece on the exotic novelties store set in the bottom floor of Dylan's first New York City apartment.
Day Three video will post later today (and Day Four tomorrow, etc.) and my interview with violinist Scarlet Rivera (who can claim a whole bunch of credit for the overall tone of Dylan's Desire album) will post on Friday.

but (but, but, but) some Dylan stuffs that I had precious little to do with (though I did think it'd be a really good idea to ask him to write something) posted at the Voice this morning: a wonderful little piece by Todd Snider that I could not recommend more highly to those old enough to read a piece with multiple f-bombs (this disclaimer in case, my nieces and nephews, not Todd's, are reading).

seriously, if you own even one Dylan album (and if you don't, who are you and how did you get here?) you should read Todd's piece.
and you don't even need snow to make it enjoyable.
Posted by Rob Trucks at 10:23 AM No comments: 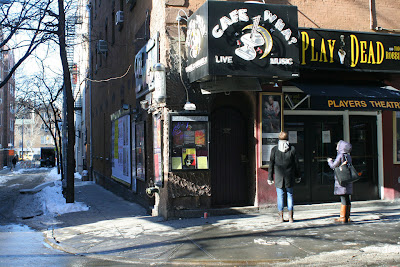 it has been three weeks since my last posting.

where I have I been?
well, most recently, the dentist's office on a day where the high in New York City reached 19 degrees.
not the wind chill factor. the temperature.
and 19 was the high.

plus it was the dentist (and the novocaine has long since worn off) and the left side of my mouth is much more than a little sore (two cavities and a not insignificant amount of drilling).

looking a little further back, I have interviewed ten more 49 year olds (some very good interviews, too) since I last posted, without a trace of humility, that I was two for two on interviews for the first two days of the year, and I now have four more 49 year old interviews scheduled for the next two days and I very much doubt that that foursome (provided they all happen) will bring the month to a close since we've got exactly one more week left.
so yes, you may begin referring to me as Mr. Productive.
unless, of course, you don't speak English.
or don't speak.

because that, my friends, is not really what's been taking up all those many, many hours each and every day of the 21+ days since I last posted.

see, today (actually yesterday now since I live in the Eastern time zone) was the 50th anniversary of Bob Dylan's very first appearance in New York City. at the Cafe Wha? on MacDougal Street, to be exact.
and sometime after Christmas I became involved with the Village Voice's effort to tip their cap in honor of said event.
and this effort to pay tribute went through more costume changes than Stevie Nicks at a Fleetwood Mac show (yes, Amazon, and now seemingly Amazon only, has the Tusk book for sale (finally), though they also seem to be suggesting that it'll take them almost two weeks to get you a copy (though I know that at least a few copies have already shipped towards the state of Alabama)).
I mean, like maybe twice a week there appeared to be a new kind of master plan, which wasn't anyone's fault except maybe the weather, because you're trying to launch a kind of major tribute in less than three weeks' time and the weather here has not done anyone who was hoping to shoot some video outdoors any favors.

so in the last three weeks, besides the dentist's office and besides the ten 49 year old interviews, I've taken multiple trips down to the Village, some with a videographer, some with my beloved, some with an absolutely tremendous woman who really helped me gain some perspective at the start of all this who does not, under any circumstances, want her name mentioned on the Interweb (so we'll be going out to dinner soon as a kind of substitute thank you), and another woman, sort of famous, who may or may not want to be mentioned here, who was also very kind and patient with her steerage of me.
and then there's the folks at Tic Tac Toe, the Tee Shirt Gallery, the Washington Square Hotel and the Cafe Wha? who were kind enough and patient enough to give their time to answer a few (or more) Dylan-related questions while on camera.
and of course Jeremy, the guy holding the camera, who did such a great job shooting and gathering and editing these pieces.

hold on.
this wasn't supposed to be a list of thank yous as much as it was an explanation for my relative disapperance. so let's dispense with the niceties and head back to the excuse-making:

so there was thinking and planning and arranging and scheduling and re-planning and re-thinking and re-scheduling, and of course there was some writing involved and some more writing involved and then I had to write some more (and the writing, for whatever reason, was damn near excruciating this time through, just barely more fun than, say, a trip to the dentist) and then there was some voice-over work to do (I really thought I should've, would've done better there), sometimes while answering multiple e-mails from multiple folks, all trying to perform a seemingly last-minute brainstorm on a myriad of presentation details.

and then near the very end I got to interview Scarlet Rivera, the woman responsible for that mesmerizing violin sound on Bob Dylan's Desire. that piece will post on Friday, theoretically the first day we'll be out of "landmarks videos" and the day before she appears at the Cafe Wha? as part of a 50th anniversary Dylan tribute.
and all in all I think we've done at least a few things we can be proud of. though we'll have to wait until week's end to say for sure.

and also, if God has any plans to test me on my knowledge of Bob Dylan, which actually seems like exactly the kind of thing God would do as pay back for the five or six times I've said "I write about music" when asked "what exactly do you do?", I wish he'd go ahead and do it soon because this kind of expertise is just unnatural of one such as I and, and all of that aforementioned Dylan has already begun to leak out my ears.

Day One video of the Cafe Wha? and 94 MacDougal Street has already posted and I'll have five more Voice pieces to share in the next four days, not counting that I got mentioned in a press release today (and I don't remember that happening before, though I'm really old and quite forgetful so I'm not saying it's never happened just that I don't remember it happening before).
I'm sure by then you'll be hoping that I take another three-week sabbatical.

to which I say, Thank you! Thank you! We'll be here all week!
Posted by Rob Trucks at 12:28 AM No comments: 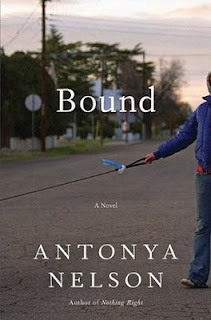 in the past two days, while the great wealth of American humanity were creating hangovers, nursing hangovers or dreaming about nursing (yeah, I don't know what that means either) I was hard at work (or whatever it is I do) conducting two interviews with folks turning 50 this very week: one with deservedly acclaimed fiction writer Antonya Nelson (Bound is her latest novel) and one with composer/producer Lee Curreri (perhaps best known as Bruno Martelli from Fame).
hence the title "whoo hoo hoo I'm two for two."

unfortunately the streak will not continue as I will spend tomorrow afternoon in the dental chair of death and, assuming I make it out alive (I'm afraid they may have to put up scaffolding for all the repair work they intend), I will either be exhausted from my ever-present, ever-continuing fear and anxiety or looking to create a hangover in celebration.
I mean, I seriously do not want to go.

if, however, I do not make it out of the dental chair of death alive, please know that, despite my seemingly never-ending protestations, I was actually quite fond of several (though not all) of you.
Posted by Rob Trucks at 5:55 PM No comments: