in the past seven days 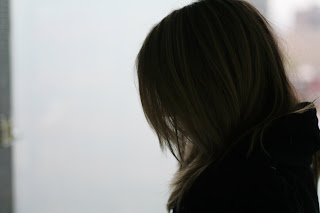 I've interviewed Robert Plant, Exene Cervenka and Liz Phair.
which is a pretty good week any way you look at it.

but those three chats alone resulted in close to four hours of conversation to transcribe. and there were sessions the day before Robert, there's another interview tomorrow (Emmanuel Jal) as well as an afternoon performance by Nick Lowe that I'm photographing.

and I'm tired already.
Posted by Rob Trucks at 11:56 AM No comments:

it's a bright (bright) sunshiny day.
a Tuesday afternoon.
and I'm inside my apartment (as you might've guessed) waiting on a phone call from Robert Plant.

on second thought, maybe this isn't such an unusual situation.
I mean, I guess one could sit by the phone on a bright (bright) sunshiny day waiting for a phone call from Robert Plant almost anytime the weather cooperates.

so maybe what's unusual here is that I'm actually expecting a phone call from Robert Plant.

(actually he's already called - from a pay phone somewhere on I-75 on his way to Knoxville (hello Cumberland Gap) - turns out he's running late - and the connection was really bad (a decent enough metaphor for this whole damn endeavor that has gone on over a month now with expectations rarely, rarely, if ever, being met) - but maybe he'll actually call from the hotel later this afternoon - and maybe he'll actually have time to talk before he has to run off to the show tonight - maybe - but that still won't get me to Birmingham for the show this Saturday night - c'est la vie - or such is life when you're working on an Alison Krauss/Robert Plant piece)

I'll have a couple of pieces post this week, most notably a feature on former Go-Between Robert Forster that I was quite proud of last time I read it. we'll see how I feel when I see it in print.
in any case, that'll likely be this week's only link as my Breeders piece will expand, swell, damn near take over central Arizona when it runs again next week as a full-length (almost) in Phoenix New Times.
Posted by Rob Trucks at 4:24 PM No comments: 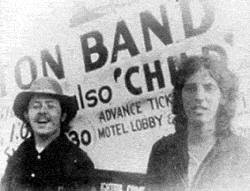 following a three-year battle with melanoma, longtime E Street Band keyboardist Danny Federici passed away yesterday at Sloan-Kettering in Manhattan. he was 58.


give The Wild, the Innocent & the E Street Shuffle a spin this weekend in remembrance.
Posted by Rob Trucks at 1:47 PM No comments:

"thank you, your holiness. awesome speech."

yes, our President's actual response following the Pope's comments on the White House lawn this afternoon.
Posted by Rob Trucks at 11:12 PM No comments:

you never count your money when you're sittin' at the table, there'll be time enough for countin' when the dealin's done 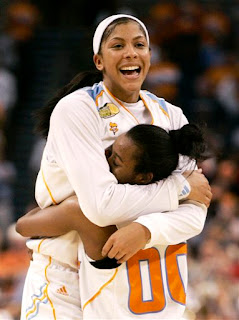 so it was a mistake to brag about bracket picks before the tournament was over. and I'm certain that miscalculation, along with Roy's poor coaching, is what knocked Carolina out in the semi-final. probably what cost UCLA, too.

so when all was said and done, despite a rather strong start (thank you Western Kentucky), my best ESPN bracket only finished in the 78.9 percentile.
OUCH!!!

however . . .
I did a little better with the infrequently mentioned women's bracket. not one, but two ESPN brackets finished above the 99th percentile (the best finished at 514 overall) and my single bracket at the New York Times' website was the overall winner.
though I've yet to be officially contacted, a 16GB Apple iTouch, should be headed my way (thank you very much).

congratulations to Kansas and Tennessee.

last four movies I ever saw: Atonement, American Gangster, A Clockwork Orange and The Darjeeling Limited.
Posted by Rob Trucks at 6:34 PM No comments:

life's lessons learned from past posts 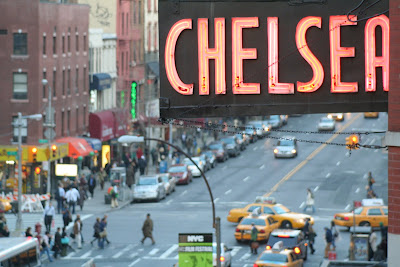 namely, don't brag about your brackets. at least in public.

my best prognostication on the men's side is all the way back in the 99.1 percentile, number 28957 overall (blame Texas' manhandling by this decade's UNLV, Memphis (physical, poor foul-shooting team from an urban school in a weak conference with a flamboyant coach).

the women's side is worse, at least percentile-wise (98.1). while that ranks #3296, North Carolina's loss to LSU was a killer (I figured everyone would pick either UConn or TN so I went contrarian and had UNC winning here, though the current best bracket did pick LSU (and LSU to win overall) and has its Final Four intact).

Monday's conversation with Kelley Deal (she was out shopping for books to take on the road as the Breeders' tour begins this Monday in Dublin (Ireland, not Ohio), but she didn't seem distracted). and despite being severely under the weather (my heart is not the only part of my body feeling all achy-breaky), I ventured out of Queens yesterday afternoon for the first time since the Truckers show (felt strange just being on the subway platform) to record a "Possibly 4th Street" with West Coasters Howlin' Rain at the Chelsea Hotel (which provided great visuals - sample pic above).
Posted by Rob Trucks at 8:11 AM No comments: