see? I told you 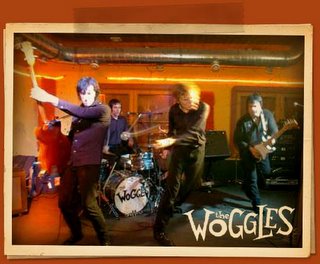 The New York Times ran a piece today entitled "If the Sidewalks Feel Jammed, Well, They Are" which states that midtown sidewalks are 57 percent more crowded with pedestrians than one year ago. And I definitely felt it when trying to maneuver through the Radio City crowds (yes, the Christmas Spectacular is ongoing) on the way to MoMA to see The Incredibles, part of the Museum's Pixar series.

Pedestrian traffic was much more tolerable in the West Village where we had a lovely meal at the Cowgirl Hall of Fame followed by drinks with two Woggles (in town to play Little Steven's New Year's Eve party tonight (to be broadcast of ESPN and ESPN2)) and friends at The Spotted Pig (which, truth be told, was about as crowded as a midtown sidewalk).

Happy New Year's Eve.
Posted by Rob Trucks at 11:48 AM No comments: 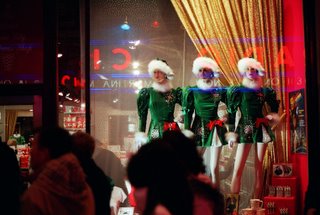 oh mah gahd - the damn turistas are fricking everywhere (at least everywhere in midtown): not the elderly tourists who arrive by the busload for the matinee performance of the Radio City Christmas Spectacular, and not the red jacketed band tourists in town for the Macy's Thanksgiving Parade, and not the tracksuited tourists left over the Monday following the New York City Marathon. no, we're talking full families of tourists (probably Long Island and New Jersey residents bringing the kids in during the week off from school) walking three abreast on sidewalks made more narrow by the excessive crap (your name (Robina?) written in a decorative style on a large, rectangular piece of paper? tell me, just what in the hell do you do with it when you get home?) offered by the rapidly multiplying street vendors.
and it'll only get worse as we get closer to New Year's.
a fun week, I tell you. come on down.

last movie seen in a theater: Munich
the movie before that: Capote
Posted by Rob Trucks at 2:17 AM No comments: 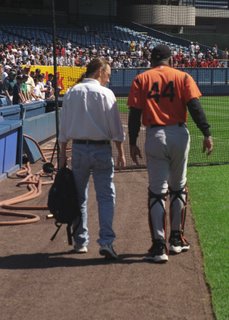 Longtime Baltimore Oriole player and coach Elrod Hendricks passed away from a heart attack on Wednesday at the age of 64, one day shy of his 65th birthday. Elrod played parts of twelve major league seasons and caught over 600 major league games. He served as the Orioles' bullpen coach for a record 28 seasons and was one of the most popular players in franchise history. This past Monday Hendricks played Santa Claus at the team's annual Christmas party for underprivileged children.

I spent an hour with Elrod Hendricks on the visitor's dugout bench at Yankee Stadium a couple of years ago and he struck me, as I'm sure he did everyone, as a kind and decent man. The photo for this blog, and the author photo I've used for each of my first two books in the Baseball Behind the Seams series, is of me walking with Elrod Hendricks following that talk. I'm very happy that the Shortstop book, which is now in production, will carry that photo as well.

God bless Elrod Hendricks.
Posted by Rob Trucks at 1:42 AM No comments: 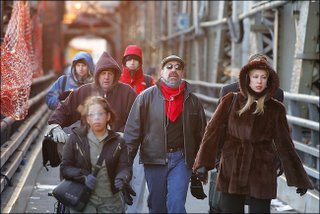 unless you live in New York City and were faced with the choice of walking to work, catching a ride with a stranger looking to get four in a car so he/she could access below 96th Street or a possibly price-gouging cab or livery service.
Or, you could do what I did and just stay home (as opposed to walking a mile and a half just to have the opportunity to walk over the Queensboro Bridge in 20 degree weather and still be a mile from the office). Though that option will no longer be an option fairly soon.

Sehnsucht
Posted by Rob Trucks at 11:16 AM No comments: 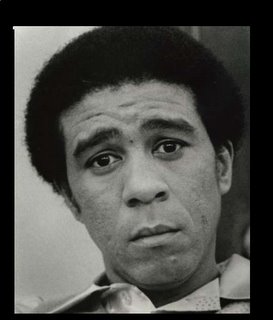 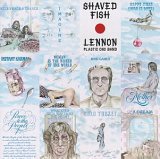 My string of accidental celebrity sightings continued on Tuesday when I passed The Today Show's Ann Curry (not a fan) waiting for her car service after a stint at Saks (if her shopping bag is any indication of how she spent her afternoon).
Not an earthshattering event, obviously, considering Saks is about 30 yards east of her workplace and I walked past her about 30 yards west.

Today is the 25th anniversary of the murder of John Lennon. His album Shaved Fish provides a soundtrack of better days.
Posted by Rob Trucks at 3:05 PM No comments:

This morning NYC received its second snow dusting in the last three days.
And after spending the first five nights in December out (the earliest holiday party in history, Spamalot, Vong, Balthazar and Iron & Wine/Calexico (w/ special guest Sufjan Stevens)) I may have never looked so forward to a Tuesday night at home.

Last celebrity seen on the street: Tim Curry (Union Square)
The celebrity before that: Chris Parnell (Rock Center subway)
Posted by Rob Trucks at 10:11 AM No comments:

song of the day: the white stripes' "my doorbell"

To commemorate their Thursday appearance on "The Daily Show" (the first musical performance in that show's short but illustrious history)," today's pick to click: from their Get Behind Me Satan album.
Posted by Rob Trucks at 12:58 PM No comments: