the last book I ever read (entirely within the confines of South Carolina, by the way)

"Federal Reserve chairman Alan Greenspan, an old friend, chatted with Cheney about the vice-presidential search that summer. Cheney ran down the wish list - a person capable of commanding the presidency should the need arise, yet satisfied to wait quietly in the wings; a confidant of sound judgment with experience in foreign affairs, in Congress, or in the corridors of the executive branch. Greenspan was struck by Cheney's poker face. In a few economical phrases, the man had just sketched as neat a self-portrait as Greenspan could imagine. Was it possible that Cheney did not know it? Cheney appeared to be organizing a nationwide search for himself."

(also, I highly recommend and Amazon has copies cheap)
Posted by Rob Trucks at 12:35 PM No comments:

would've been 100 years old today.
he was a kind and generous man, dearly and deservedly loved by his family.

(this is not the perfect visual representation, of course, but that's one of the downsides of picking up and moving to a very small apartment way up north: not a lot of room for pictures, et al.)
Posted by Rob Trucks at 11:33 AM No comments:

the last concert I ever saw 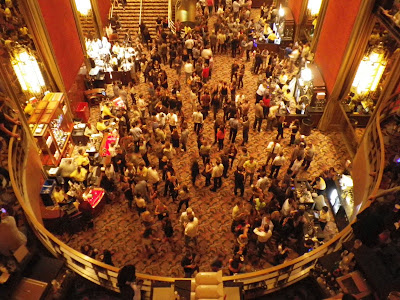 the weather did not cooperate

26 hours later, five of which came with suspended play rain, a couple round trips on the 7 train and we have a new men's champion at the US Open and the seventh man to complete a career Grand Slam.
so congrats to Rafa Nadal.

the pic - camera pointed towards Manhattan (and not mine) - came post-rain but before play was resumed (basically while they were drying the court).
Posted by Rob Trucks at 11:47 PM No comments: 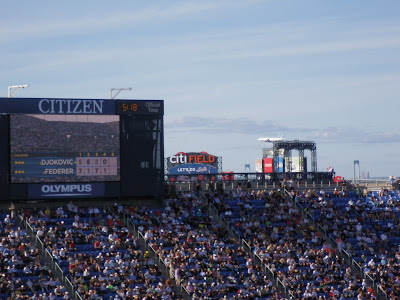 after eight sets of men's action yesterday (including the five-set Djokovic-Federer match which will be talked about for a while) we're going back for another three to five today.
assuming the weather cooperates.
Posted by Rob Trucks at 2:34 PM No comments:

the last concert I ever saw 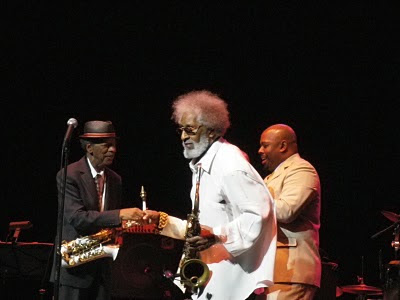 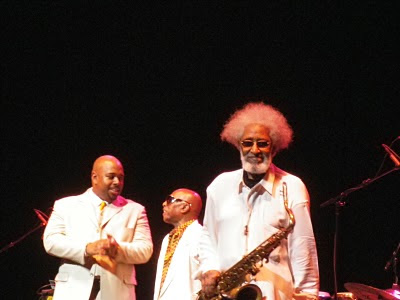 the beginning of an atypical (significant time outside the apartment) weekend.

tonight at the Beacon for Sonny Rollin's 80th birthday concert, which will most likely be the last concert I ever attend where I can actually sneak underneath the median age of the audience as a whole.
like, there's a good chance I'll be able to double the median age for Vampire Weekend at Radio City (especially at Radio City) next week.

some not unexpected self-congratulatory pats on the backs of jazz, but some real, honest-to-goodness "Wow!" type highlights as well: like Ornette Coleman joining the already smoking trio of Rollins, Christian McBride (bass) and Roy Haynes (drums).

sort of funny, sort of painful moment: having to listening to nearly every post-concert men's room patron trying to whistle, hum and/or sing the "St. Thomas" melody (it was played second in the set and again at the end (most likely the easiest song for the shared "all-star" encore because if you're coming to the Beacon in order to play with Sonny Rollins during his 80th birthday concert you probably know "St. Thomas")), but most were doing so off-key and I found the tune remarkably cloying the first time it was played this evening (much better, surprisingly more focused the second time). 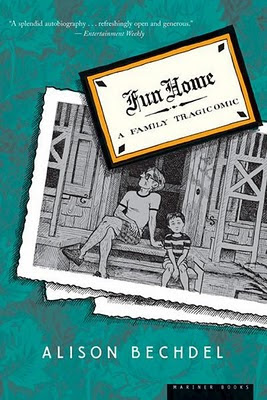 and her graphic novel/memoir Fun Home is the first book I ever read completely within the borders of the state of South Carolina.
happy birthday, Alison.
Posted by Rob Trucks at 10:05 AM No comments: 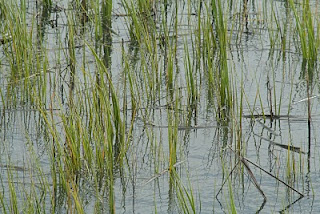 not "What I Am" (much too large a question and/or statement (as if "where I am" is that much smaller)) though I did interview New Bohemians bassist Brad Houser (two days into his 50th year today) not too long ago.

physically I'm home in Long Island City, New York, not two days removed from a 12-hour commute back from a 10-day (or so) vacation in Pawley's Island, South Carolina.
but I'm also rather in a fog.

momentum for my two primary projects - an oral history of those who have lost jobs since the start of the recession and an oral history of 49 year olds - very much in evidence the day before I left for South Carolina, has waned a bit (even though I conducted three interviews while on vacation) and that's my fault, if only because I spent so much time, so much effort trying to get to a stopping place (in order to treat the vacation like an actual vacation, if not exactly for me then for those around me) before I left that I'm not exactly sure where I'm supposed to pick up.

which is not an ideal time to begin a new blog.

so here we go again.
Posted by Rob Trucks at 2:59 PM No comments: