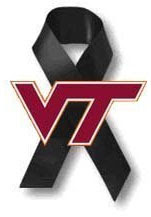 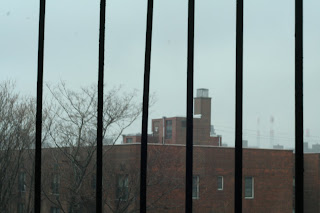 after a week that saw the deaths of Kurt Vonnegut and Don Ho, three consecutive occasions of leave-straight-from-the-day-job-to-go-to-an-event, and at least one extremely late night following (which caused a unlikely rush to the AIPAD show at the 67th Street Armory because it closed at 8 p.m. (we considered a couple of photos, but ultimately parted with no cash, unless you count the grocery store stop on the return trip), we're now met with the nor'easter of 2007, a weather system the likes of which we haven't seen in these parts in 14 or 25 years (depending upon what news report you read/believe).

which makes it a perfect day to stay indoors (though we didn't), do laundry (we did), and wrestle with Delta Airlines customer service (they at least refunded my $20 telephone assistance charge since their web page insisted that I call in (American Airlines, under nearly identical circumstances a couple weeks back, refused (guess who won't be flying American for a long, long time))), but that's still 45 minutes of my life that I'll never get back.

dire predictions have been issued for an overabundance of water in Manhattan and the Boston Marathon looks to be no fun at all, but that's tomorrow so we'll worry about it then.

excerpts from The Last King of Scotland 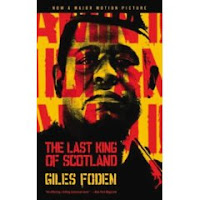 (a.k.a. the last book I ever read. (I'm one of those 'book before the movie' people (if at all possible) surprisingly uncompelling, at least early on, esp. considering the subject matter.)

"I was ushered in by the guards. One of Amin's wives-I supposed-greeted me at the door, wearing a blue cardigan, some kids pushing at her legs from behind.
'I am sorry, doctor. The President is now gone away on urgent government business. My name is Kay, it is my son who is ill.'
I followed her in. The living room had a brown suite, a television and a drinks cabinet. Plastic toys were scattered over the carpet. There were dinosaurs painted in lurid green and red, and two big yellow Tonka trucks. And a couple of Action Man dolls in uniform, their limbs splayed at odd angles. A faint smell of cooking emerged from the kitchen. It was all quite normal.
'Through here,' said Kay Amin. As I followed her, three or four children were shouting and running around us with the strange, pointless energy of the young. She gave one of them a slap.
I put my bag down. The boy-about ten years old, he reminded me very much of Gugu-was lying on the bed, curled up like a fetus, and wheezing. I turned him over. There was blood running from one nostril. I took his face in my hands and looked at him closely.
'Is it bad, doctor?' asked his mother, fiddling with the edge of her cardigan.
"Oh no,' I said. I could see at once what the problem was. There was a slight swelling on the side of his nose. I pressed it gently and the boy let out a yell. I crouched down to check with my penlight.
Definitely, I thought. 'Don't worry, laddie,' I said. 'Now, you've put something up your nose, haven't you?'
The boy looked a little guiltily as Kay Amin questioned him in Luganda, and then wailed when I took a pair of tweezers out of my instrument case. He leapt off the bed. There was a little tussle before she could grab him and hold him down. I slowly inserted the tweezers-quite difficult since he was squirming around-and delved around. I hit a solid obstruction, and after a few attempts extracted a bloody something.
'What is it, in God's name?' cried Mrs. Amin.
I held the tweezers up to the light: between the pincers was a small piece of green Lego, dabbed with red."

(and for my buddy Michael)
"We drove through on of the most intensive areas of banana cultivation on the way back. Waziri said that he liked to watch the tree go through its calendar. When the time comes to flower, the plant-by this stage five or six feet high-forces a reddish bud from its center, which then curves downwards, slowly opening up to uncover three rows of small flowers.
According to Waziri:
1. The top row becomes bananas
2. The bottom row makes pollen
3. The middle row drops off
4. The tree dies.
'It is a fascinating spectacle,' he said. 'The cycle takes about eighteen months to complete and I watch it every year. I missed it when I was doing my post-med in America.'
When we got back, I went round the other side of the fence at the bottom of the compound, to look for myself. The fruit is green while on the tree, grouped twenty or thirty close, pointing upward in serried ranks, with the red bud hanging below. The latter looks like a placenta and has the same consistency, too. Living tissue.
Only one bunch of bananas comes from each bud. The tree does die, but a new plant springs up each season at the foot of each dead tree. God is great, as the Moslem patients used to say when they recovered. Most of them went to Doctor Ghose in town, though."
Posted by Rob Trucks at 12:42 AM No comments:

keith richards snorted his own father 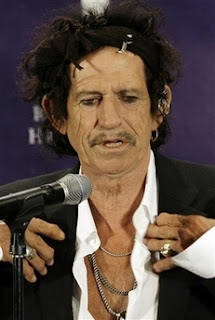 and speaking of, my beloved and I attended the Hidden Cameras show in New York back in November when they were supporting their Awoo album (which I selected as the number four pick on my 2006 Pazz and Jop ballot).
I'm fairly certain that my beloved would vote that Hidden Cameras show as "the most fun concert" she's attended in quite some time. and I guess fun is an acceptable element in rock and roll every once in a while.
here's some pics from that night on last concert I ever saw.
Posted by Rob Trucks at 11:22 PM No comments: