yeah, I'm operating on three and a half hours sleep. what of it?

did you realize that the first eight minutes or so of BUtterfield 8 has absolutely no dialogue? just Elizabeth Taylor walking groggily around her apartment.

(last night I dreamed of being dosed and warehouse grocery stores. I'm pretty sure all of it took place in Mobile, Alabama)

by the way, has Laurence Harvey ever played a character that wasn't "despised"?
Posted by Rob Trucks at 8:10 AM No comments: 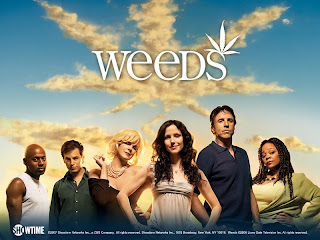 now that we've switched laptops, the company-owned vs. the privately owned, we were able to install the Netflix instant player and watch the entire first season of Weeds over the weekend. which is just about the coolest thing ever. too bad all movies aren't available that way.

and I'm up this early because they're still installing new sills on all the apartment windows. and though all of our windows are done, finished, there's still work going on across the way. so a little bit of bandsaw (to properly size the new concrete sills), but also a worker banging on the bottom of a container very similar - in size, shape and construction - to a pickle bucket. and I don't know that that's ever happened before: being forced awake by a pickle bucket.
Posted by Rob Trucks at 9:12 AM No comments: 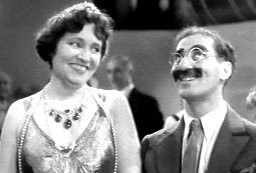 one a priori belief I held in advance of the whole working from home experiment is that daytime television pretty much sucks (I'm not really watching, but like a left-at-home pet, the set provides decent company (I'm the pet in the previous example, by the way)). and that theory is rapidly gelling, gaining weight.
so it's more than a pleasant surprise when one of the HBO channels broadcasts Duck Soup with a 9:40 a.m. start time.

"all I can promise is a Rufus over your head" - Rufus T. Firefly.

almost too much of a distraction even though I've seen it many, many times before.

"I can see you in the kitchen bending over a hot stove. but I can't see the stove" - Rufus T. Firefly

also, if there's any possible way that you've made it this far in life without reading my Breeders piece (spread like margarine, it is), you've got two more chances this week - once in Seattle Weekly and once in Denver's Westword.

"I'm going back to clean the crackers out of my bed. I'm expecting company" - Rufus T. Firefly
Posted by Rob Trucks at 10:08 AM No comments:

it's 8:40. do you know where your jackhammers are? 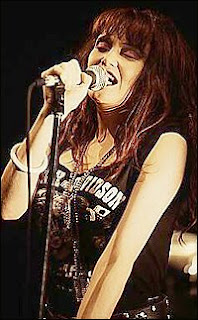 and the almost new (October) iMac no longer accepts CDs in its disc drive. actually, it will accept the CD, it just won't read (as in rip) the CD.
don't get me started.

however, my interview with X vocalist Exene Cervenka posted yesterday on villagevoice.com, and I think it's a good one.
Posted by Rob Trucks at 8:44 AM No comments:

saturday came up quick this week 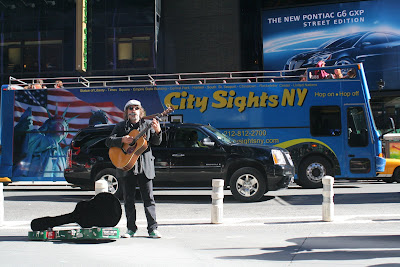 like when someone walks up behind you while you're lost in your iPod.

my head's all kinds of congested and I made a few mistakes. nothing life-threatening. and most can be grouped within going against my instincts which I'm usually pretty good about trusting. call them lost opportunities, but I'm going to try to not beat myself up too much as it's been a big week. big news. big doings. that I'll refrain from discussing now because even though it's out of the oven I think I know enough to let it sit, let it cool before serving. but it's big. did I say that?

I watched a few movies. off the top of my head, the number 23, joseph cotten in hitchcock's shadow of a doubt and the minutemen documentary, we jam econo and fantastic 4 - rise of the silver surfer (I am way far away from being a comic book guy and the dialogue in this movie was just atrocious, even for superheroes, but I am intrigued by the silver surfer. though not so much as before). and I believe you can live a full and happy life without seeing any of the aforementioned.

I also watched the bonus DVD insert from the upcoming re-issue of liz phair's exile in guyville that'll be out in about five weeks. and right now I'm listening to jakob dylan's solo album that'll drop on June 10. which means my review of same is due this coming Friday.

which reminds me that I've been thinking it's a bit ridiculous to be spread across so many blog efforts. in case you didn't know I've been posting a kind of aural diary called downloadaday for about a month now, primarily because I realized that even though I'm supposed to be a music writer I really haven't done much, if any, reviewing in probably a year or more. all features. which is fine, enjoyable, what I want to be doing. but it's important, I think, to keep the chops up. so the other blog and the jakob dylan assignment. but I think there's a real chance, assuming time allows, that I'll be doing some kind of largish merge soon. probably.

reading material: my interview with Sudanese hip-hop artist emmanuel jal posted on Tuesday, and yesterday a video free (technical problems which may or may not be corrected) episode of possibly 4th street with peter case (that's a picture of peter from that session up top). I do think that the interview, if you have any interest in peter case, or even songwriting, at all, is a pretty good one, despite the video invisibility (peter's playing the living room tonight if you're in the area).
also there's a good interview with my buddy will kimbrough up at the crawdaddy website.
Posted by Rob Trucks at 9:03 AM No comments:

we're off to new jersey 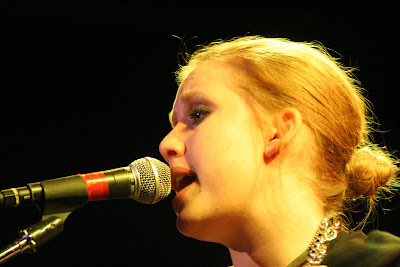 to celebrate birthdays as well as days of mothering.

which is one reason (spoiler alert: confession time approaching) we skipped out on El Perro Del Mar's set tonight at the Bowery Ballroom.

see, doors opened at 8, there were three acts, so anyone with even an associates degree in live music management knows that the first band (assuming solo female with acoustic guitar can be called a band) is on by 9 and hopefully off by 9:30, 9:45 at the absolute latest.

and since act two (Lykke Li - see above) was not overwhelming with instrumentation (which wouldn't have been a problem anyway given the sparse set up of performer one), they should've been on no later than 10.
which is still pretty late, esp. since the floor was packed (yeah, sometimes you delay the opener so they can actually play to some people, but the floor was packed).

we arrived in the 9:30 range, heard maybe four, five songs (by Anna Ternheim, btw), including a interesting enough cover (remember: female, acoustic guitar) of David Bowie's "China Girl." and not having much Lykke Li experience I was assuming (hoping) that El Perro would be next (you know, long subway ride home (re-routes beginning at midnight), sink full of dishes to be washed before leaving, packing to do), but alas.

it soon became evident that El Perro would not grace the stage until 11 at the earliest (the earliest). meaning that her set wouldn't end until midnight (at the earliest). and did I mention the subway re-route (51 minutes on your best day), the dishes and the packing?

and did I mention the floor was completely full of patrons?
no room at the inn?

(seriously, we were up in the balcony for most of it. no way we could see (and that's part of it, right?))

so we cut out. left. scrammed.
saw an unfortunate cluster of folks waiting on the 7 train to Flushing piled thick at Grand Central, then re-routed ourselves.

home by midnight.
dishes/packing done by 1.
but no El Perro.

(and yeah, I know they're both young, female and Swedish, but the line-up is peculiar in that Lykke Li is belting out songs like "Dance, Dance, Dance" and El Perro's most recent album is church organ-dominated ponderings of life after death and what does it all mean. I'm guessing the word "buzzkill" was uttered on Delancey Street at least twenty times between midnight and 1)

I took pics (lots of good ones, he said with surprise in his voice) of Panic at the Disco's show at Roseland Wednesday night and Harvilla ran three alongside his blog (I'm also embarassingly, yet accurately quoted spewing words my nieces and nephews should never hear me utter). and if you somehow have managed to escape my recent Breeders penmanship (come on, it's been in like four papers already), the medium-sized version makes an appearance in Kansas City's Pitch this week.

happy mother's day eve eve.
Posted by Rob Trucks at 1:32 AM No comments: 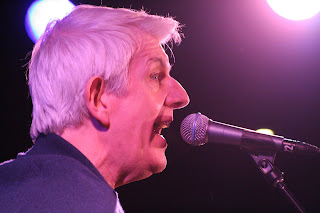 which I've celebrated by staying home from work (no worries - it's court-approved).

unfortunately the celebration (and not feeling particularly well) has gotten in the way of my own work.
sure, I loaded and ran the dishwasher, participated in some overdue grocery shopping and finished transcribing last week's interview with Emmanuel Jal (it should run on the Voice's Sound of the City blog next week) but it's after five and that's pretty much the sum total of today's accomplishments.

but there are some pubs up:
three prints of the long version of my Breeders piece in Phoenix New Times, Dallas Observer and Houston Press), an interview with El Perro del Mar and a photo of Nick Lowe from last Tuesday afternoon (there's a couple more up top) that ran alongside Harvilla's blog.

happy reading.
and happy my brother's birthday.
Posted by Rob Trucks at 5:17 PM No comments: