in recognition of, in preparation for 'black' or 'cyber' monday

Posted by Rob Trucks at 5:06 PM No comments:

song of the day: lambchop's "up with people" 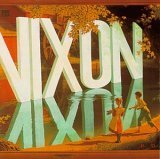 From the Nixon album.

Just because.
Or rather, I'm thinking of bathing in Lambchop now that The Shortstop's turned in.
But maybe I'll immerse in something else.
Who knows?
The world is my fricking oyster.
Gumby.

From the Our Endless Numbered Days CD.

Because I've got a small advance due on Iron & Wine's Philadelphia show with Calexico upcoming.
Just doing my homework, teacher.
Posted by Rob Trucks at 11:53 PM No comments:

song of the day: the shins' "young pilgrims"

From the Chutes Too Narrow album.

Because it's coming up on that time of the year to compile the top ten lists, and nothing, really, stands out like this record did in '03.
Posted by Rob Trucks at 10:36 PM No comments: 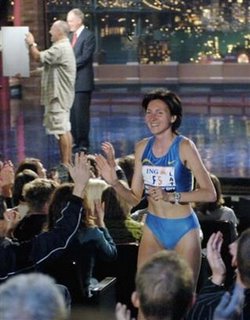 Of course, very little time had passed following last evening's post when it was pointed out, with more than a hint of accusation, that I had failed to add adulation for Latvia's favorite daughter, Jelena Prokopcuka, also known as the women's champion of the 2005 New York City Marathon.

My apologies and congratulations all rolled into one . . .
Posted by Rob Trucks at 8:07 PM No comments: 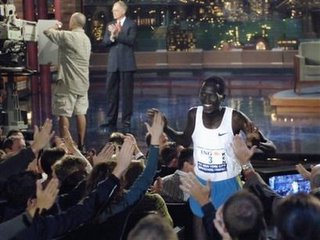 It happens once a year. Twenty-four hours after the NYC Marathon, midtown Manhattan is nearly consumed by extremely thin folk in European track suits wrestling with fold-out subway maps.

Thanks for staying the extra day.

And congrats to 2005 men's winner Paul Tergat of Kenya, and all marathon finishers.
Posted by Rob Trucks at 6:28 PM No comments: 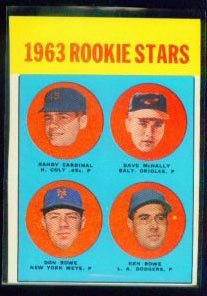 I learned just the other day that former major league pitcher and pitching coach Don Rowe passed away on October 15th. Mr. Rowe was kind enough to talk to me for my chapter on single game starters for the Starting Pitcher book in October of 2004.

Don Rowe pitched in 26 big league games, all for the 1963 New York Mets, and finished 12 of them. He was the starting pitcher in just one major league contest, April 22 on the road against the Philadelphia Phillies.

A: One of the things they did is they called a lot of balks on me.

Q: Really, that was an unusual thing for that time, wasn’t it?

A: Yeah, right. But that year they were bearing down on guys cheating, throwing to first base.

Q: Now I’m sure you didn’t do it, but what were they accusing you of with the balk move? Were you not coming to a stop?

A: Yeah, right. It was on my front leg, but you know something that I did that nobody else did is when I pitched in the International League, I think it was the year before, and when a man would get on and I was in the stretch, I’d pound the ball in and out of my glove. They didn’t know what to do about it. So in the International League they said, If you pound that ball in and out of your glove while you’re getting the sign, if you drop that that’s going to be a balk. So when I got to the big leagues they had to have a meeting about me and that move.

Q: Because your foot was on the rubber at the time.

A: Yeah, right. My left foot was on the rubber and I leaned out over my right foot, then my hands were extended towards the ground and I’d pound the ball into my glove and then pop it out and catch it.

Q: Now is that something that you had always done?

A: Well, I’d always done it in the International League, but in the International League I was a quick pitcher. In other words, one of the veterans there was a guy named Diomines Olivo from the Dominican Republic, and he taught me to pitch fast. I got the ball and got it in there. I pitched fast. Don’t let the hitters get a chance to sit and play at their pace. Make them play at your pace. So that’s why I did what I did there.

Q: So you were just keeping active at all times.

A: Yeah, I had a short, quick stride and throw the ball in there.

Q: Well, was that what the balk move was about?

A: Yeah, the balk move was about me going too fast. You know, and that was my only start, but I’ll tell you a funny thing. Just remind me here. I went back to the bullpen. I pitched my way out of the bullpen by doing a pretty good job against Cincinnati. Anyway, went to Pittsburgh and I came in to pitch. We were ahead, I think, by one run in Pittsburgh. I came in to pitch the ninth inning and Stengel, he came out there you know to change the pitchers. He said, Now, don’t be too quick. Just don’t go quick. Don’t go quick. When I was coming in, Marv Throneberry, he was the first baseman, he said, For God’s sakes, don’t go quick. And then as I walked back with the umpire, the umpire said, Now listen, don’t go quick or I’ll have to call a balk on you. It went right down the line. So when I got on the rubber to take my practice throws I went quick. Oh God, they all jumped up and started screaming. Well, anyway.

Q: How much notice did you have before the start?

A: Well, I pitched in Cincinnati and then we went home and I was supposed to start a game there, but somebody couldn’t make the start so they said, We’ll start you in Philadelphia, so I knew two or three days ahead of time.

Q: Was this a big deal to you? Was it enough to be playing major league baseball or was starting a game really something extra?

A: Well, I always wanted to be a starter in Triple A. I was ten years in Triple A, so I wasn’t nervous. Let’s see. What was I going to tell you? What was the question?

Q: Was it something extra to be able to start a game?

A: Oh, I had already pitched about 100 innings. I mean, I pitched a ton of innings and stuff. I was drafted by Pittsburgh, signed by Pittsburgh, and I wanted to play in Pittsburgh. I told Joe Brown – in fact, we had a get together of all the Pirate guys – so I told him, that’s the first time I’d seen him. I got drafted over to the Mets, you know the expansion draft, so I told him, In 1958 or '59 I had good enough stuff I could’ve helped you. He says, You know, one time you were the number on left-handed prospect in our organization. But then we got a guy named Bob Veale and there just wasn’t room enough for you on the club. So I never did get to pitch for Pittsburgh.

Q: Now were you a starter in the International League?

A: Oh yeah. In 1962 I started the All-Star Game against the Baltimore Orioles, pitched three innings of no-hit ball.

Q: Okay, so starting that game you’re not nervous because you’ve got thousands of International League innings, but is it a big deal? Do you call your folks or your girlfriend or anything to let them know that this is going to happen?

A: I don’t think my folks. My wife probably knew. I mean, she kept a notebook of stuff like that, so she knew but she was as much a veteran as I was.

Q: But no problems sleeping in the hotel room the night before.

Q: Getting jammed in batting practice by Dillon?

Q: Now how did you do against Ray Culp?

A: Ray Culp. He was the guy that started against me. Ray Culp. I pitched a lot of games against him, you know, in the International League and other places.
I hit .231 in the big leagues. Every team that I played on in pro ball I pinch-hit or. In Columbus I played right field and Willie Stargell played first base. I didn’t want to play first base so I said, Willie, you play first base and I’ll play right field. As things worked out, a guy named Tom Parsons pitched that game for Columbus. I missed a ball in right field and he lost the game 2-1.

Q: How did you feel during the game?

A: Okay, Johnny Callison got a couple of hits off me. I pitched 5 2/3 innings, so that’s almost six innings, and I don’t know exactly – my wife would know better than me because she has that scrapbook – but I had trouble with Callison. The other thing is, when I left the ballgame, Stengel came out and got me. I said, Well, I feel pretty good. I think I could get this out. He said, No, that’d be the longest you’ve gone so I’m going to take you out. So he took me out and Tracy Stallard came in and Tracy Stallard blew the game.

Q: Yeah, he got lit up pretty good.

A: Yeah. What happened was then I went into the clubhouse and there was Tracy, you know, and he was feeling bad enough. He said, I messed up your start. I said, Ah, don’t worry about it. There’ll be a lot more. So then we got dressed and went downtown. Well, Stengel, after the game, wanted to talk to me and I’d already left the ballpark. He was madder than hell.

Q: Did that have anything to do with you not starting again?

Q: How are you after the game? I mean, if you and Stallard are going downtown and already dressed and gone you couldn’t have been too upset by the performance.

A: Well, you know, I’d done well I thought. I had a pretty good streak going there. I pitched in Cincinnati I think four innings over there and did pretty good, and then I pitched 5 and 2/3rd, almost six innings. You get guys today, they pitch six innings they think they did great.
Posted by Rob Trucks at 11:11 PM No comments: