the late August blog entry in which I bitch, moan, whine and shamelessly, shamelessly name drop

I went through another birthday last week.
my beloved took the day off from work and together we managed at least three things that, for me (not necessarily her), were lifetime firsts, including walk across the Queensboro Bridge.
oh yeah, I took the day off too.

however, though I have not by any stretch of the imagination set aside the Not Working project, the birthday (most likely) brought about much (much, much) activity on the other big project: lots of research and lots of interviewing, if no transcribing at all.
not even a little bit.

Tuesday and Wednesday were extremely busy (the types of days where you could legally be declared brain dead by, say, 7, 7:30 because you're spent, whupped, nothing's left) as, over the course of those two days, and with help from the spouse which, if not rendered, would've meant that I'd still be working, struggling, probably crying, I went over the copy edits on Tusk sent all the way from New Zealand. theoretically, according to the schedule at least, the book goes into production today (though it may already be tomorrow in New Zealand).

and if that wasn't enough to do, on Tuesday I interviewed the oldest son in America's first family of jazz, Branford Marsalis, New York Times Supreme Court correspondent Adam Liptak, and Brad Houser, bassist for Edie Brickell & The New Bohemians (and about 13 other bands though not always playing bass).
Wednesday I interviewed author Margot Mifflin and cartoonist Alison Bechdel.
one of those two were not scheduled, but I woke up to an e-mail, we found a mutual time and got it done.

similarly, nothing was scheduled for today but by dark I'd interviewed University of Tennessee law professor and InstaPundit Glenn Reynolds (a/k/a Glenn Harlan Reynolds) and musician Lolly Lee of Winston County, Alabama, and six-time Denver Broncos Pro Bowler Karl Mecklenburg.
and what all of these folks have in common in that they are all 49 years old. or at least they were when I talked to them (Branford turned 50 today).
so let's say that Tuesday, Wednesday and Thursday were all extremely busy - good busy but busy nonetheless.

rock and roll hoochie coo, lordy mama bite my shoes.
Posted by Rob Trucks at 10:47 AM No comments:

the last book I ever read 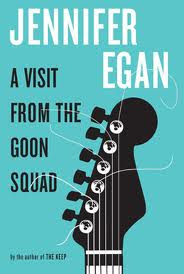 so here's a frustrating mistake I made not all that long ago:

I read the NYTimes' review of Jennifer Egan's A Visit from the Goon Squad written by Astoria resident (at least some times) Will Blythe, and it's strong enough that I reserve NYPL copies for both me and my spouse.
and a couple weeks ago she picks up two books and brings them home and they end up on the floor with the other dozen or so books that I'm intending to read in the very near future.
so a few more days go by and my spouse has made a good start on A Visit from the Goon Squad and I'm, of course, finishing up another book (Michael Lewis' The Big Short) and adding to my NYPL reserve list (including but not limited to authors who will soon be turning 50 years old) and I notice that one copy of A Visit from the Goon Squad is due on August 12th and one is due on August 19th.
now I'm only 30 or so pages in on August 11th with a long list of other things to do that day so there's no way I'm going to finish in time, and I have to go into Manhattan anyway, so we decide that my spouse will finish and then I will take her copy and read it and everything will work out.

except I don't think about the fact that these two books, both owned by the New York Public Library, aren't interchangeable, or that my spouse might actually be in possession of the copy that's due on the 12th and not the 19th.
see, technically the book in my name is due on the 12th and the book in my spouse's name is due on the 19th even though, if I'd thought for even half a minute, I would've realized that once the books hit the floor we've got no better than a 50/50 chance that she picks up the book with the later due date.

you know the rest of the story.


"Here was the bottom line: if we human beings are information processing machines, reading X's and O's and translating that information into what people oh so breathlessly call 'experience,' and if I had access to all that same information via cable TV and any number of magazines that I browsed through at Hudson News for four- and five-hour stretches on my free days (my record was eight hours, including the half hour I spent manning the register during the lunch break of one of the younger employees, who thought I worked there) -if I had not only the information but the artistry to shape that information using the computer inside my brain (real computers scared me; if you can find Them, then They can find you, and I didn't want to be found), then, technically speaking, was I not having all the same experiences those other people were having?"

- A Visit from the Goon Squad
Posted by Rob Trucks at 9:46 AM No comments:

the last movie I ever saw 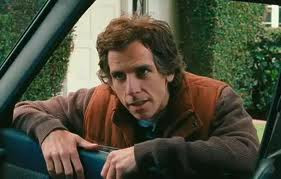 Greenberg
which is not necessarily a recommendation.
I find it very stressful watching somewhat identifiable characters (that is, characters who are obviously meant to be somewhat identifiable, i.e. protagonists) make really stupid decisions, do really stupid things.
kind of like watching Weeds, though less compelling (I barely, and uncomfortably, made it through Season Three before bailing).
Posted by Rob Trucks at 5:24 PM No comments:

the last book I ever read 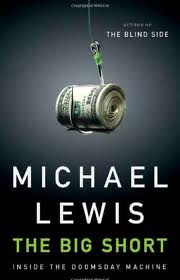 (in between chapters, well spread, of Don Quixote) Michael Lewis' The Big Short

"The ability of Wall Street traders to see themselves in their success and their management in their failure would later be echoed, when their firms, which disdained the need for government regulation in good times, insisted on being rescued by government in bad times. Success was individual achievement; failure was a social problem."
Posted by Rob Trucks at 7:21 PM No comments:

amazon's $5 downloads for august: the highlights 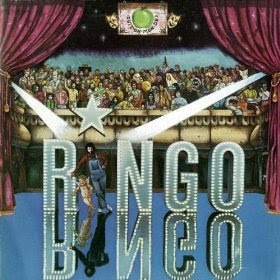 another month (happy birthday to my beloved Aunt Pat) and another 100 albums (though there's a lot more than 100 $5 downloads) offered by Amazon for a mere $5 each.
here are the highlights:

want to know what you've been missing?
Lady Gaga's The Fame Monster

newish stuff (in a couple different ways):
The Hold Steady's Heaven is Whenever, The Drums by, of course, The Drums, Tokyo Police Club's Champ, The Wild Hunt by The Tallest Man on Earth, Hot Chip's One Life Stand, Phosphorescent's Here's To Taking It Easy, Damien Jurado's Saint Bartlett, MGMT's Congratulations and Work by Shout Out Louds.

classics and greatest hits collections:
Classic Sinatra: His Great Performances 1953-1960
, Duran Duran's Greatest, The Rolling Stone's Black and Blue, Ringo by Ringo Starr, Sparkle and Fade by Everclear, the "Deluxe Edition" of John Coltrane's Giant Steps, Chet Baker's My Funny Valentine, Warren Zevon's Stand in the Fire and Life'll Kill Ya, The Knack's Get The Knack, Singles Going Steady by the Buzzcocks, The Very Best of Little Richard (definitively the best overall value with 25 songs), Dr. John's Gris Gris, the Beastie Boys' Paul's Boutique, 20 Best of Patsy Cline (which is good, but it's not her 20 best), The Proclaimer's Sunshine on Leith, Vince Guaraldi's Greatest Hits (yep, the Charlie Brown guy) and David Bowie's Hunky Dory.

okay, I've used way too much of the day on this.
enjoy!
Posted by Rob Trucks at 1:13 PM No comments: