happy new year, and good bye for a while 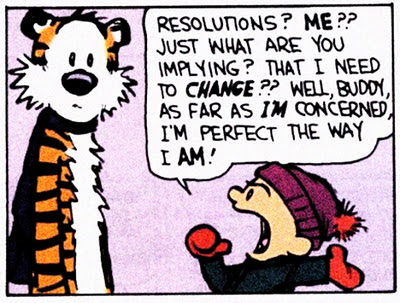 the former hasn't changed (though I find the day less annoying than I used to) but I'm going to give the latter a chance:

I've got some writing goals, some other goals that I'll keep to myself, but out loud I'll say that I'm going to crawl a bit deeper in the bunker.
what this means, for starters, is no blogging, no Facebook for the month of January. sometime early in the month of Presidents and Cupid, I'll take an inventory and go from there.

until then, have a happy, healthy and productive New Year.
Posted by Rob Trucks at 10:50 PM No comments:

things I learned while traveling on Christmas Day 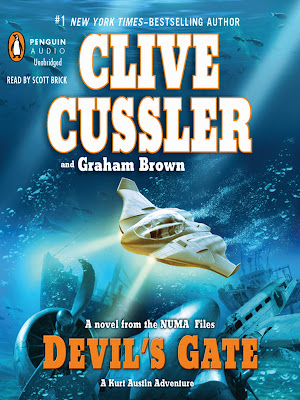 old white men in aisle seats like to read Clive Cussler.
Posted by Rob Trucks at 5:22 PM No comments:


Happy
Posted by Rob Trucks at 3:07 PM No comments:

as much as I would love to leave a video filled with visions of trombones and oversized Christmas ornaments as my most recent post (at least until the holiday season concludes), Harvard Law professor, author and 49er interviewee Lawrence Lessig has had a week big enough to be remarked upon:

Tuesday night he was Jon Stewart's guest on The Daily Show and today his new book, Republic, Lost, is reviewed in the New York Times.

on the other hand, I watched Fred Astaire and Ginger Rogers in Top Hat while eating two medium-sized baked potatoes for dinner.
Posted by Rob Trucks at 11:04 PM No comments:

a long, long time ago in a land not too very far away I used to do this video interview/performance series for the Village Voice called Possibly 4th Street. it lasted just about three years and somewhere close to thirty episodes.

now a lot of the videos have gone missing and whole pieces have vanished into that good night (which comes earlier this time of year) and some episodes never even saw the light of day, but something that could pass for a Possibly 4th Street compendium (Michelle Shocked, the Alabama 3, Akron/Family, the Black Lips and Dexter Romweber to name but a few) can be found here.

I think we delivered a decent percentage of recommendation worthy shows, but four years ago (back when Camille Dodero was still behind the video camera) we traveled to Rockefeller Center for a punctually pertinent afternoon with Bonerama, a session that yielded not only the most trombones, most spectators and most oversized Christmas tree ornaments in Possibly 4th Street history, but a pretty fair representation of midtown Manhattan on a December weekend if you bring along some masterful musicians from the Crescent City.

happy holidays!
Posted by Rob Trucks at 6:26 PM No comments:

the last book I ever read (The Marriage Plot, excerpt five of five)

There were some books that reached through the noise of life to grab you by the collar and speak only of the truest things. A Confession was a book like that. In it, Tolstoy related a Russian fable about a man who, being chased by a monster, jumps into a well. As the man is falling down the well, however, he see there's a dragon at the bottom, waiting to eat him. Right then, the man notices a branch sticking out of the wall, and he grabs on to it, and hangs. This keeps the man from falling into the dragon's jaws, or being eaten by the monster above, but it turns out there's another little problem. Two mice, one black and one white, are scurrying around and around the branch, nibbling it. It's only a matter of time before they will chew through the branch, causing the man to fall. As the man contemplates his inescapable fate, he notices something else: from the end of the branch he's holding, a few drops of honey are dripping. The man sticks out his tongue to lick them. This, Tolstoy says, is our human predicament: we're the man clutching the branch. Death awaits us. There is no escape. And so we distract ourselves by licking whatever drops of honey come without our reach.
Posted by Rob Trucks at 11:08 AM No comments:

the last book I ever read (The Marriage Plot, excerpt four of five)

Zipperstein was in a lively mood. He'd just returned from a conference in New York, dressed differently than usual. Listening to him talk about the paper he'd given at the New School, Madeleine suddenly understood. Semiotics was the form Zipperstein's midlife crisis had taken. Becoming a semiotician allowed Zipperstein to wear a leather jacket, to fly off to Douglas Sirk retrospectives in Vancouver, and to get all the sexy waifs in his class. Instead of leaving his wife, Zipperstein had left the English department. Instead of buying a sports car, he'd bought deconstruction.
Posted by Rob Trucks at 11:06 AM No comments:

the last book I ever read (The Marriage Plot, excerpt three of five)

Thurston was nodding his head in a way that somehow didn't suggest agreement. "Yeah, O.K.," he said. "Handke's real mother killed herself. She died in a real world and Handke felt real grief or whatever. But that's not what this book's about. Books aren't about 'real life.' Books are about other books."
Posted by Rob Trucks at 10:11 AM No comments:

the last book I ever read (The Marriage Plot, excerpt two of five)

Some people majored in English to prepare for law school. Others became journalists. The smartest guy in the honors program, Adam Vogel, a child of academics, was planning on getting a Ph.D. and becoming an academic himself. That left a large contingent of people majoring in English by default. Because they weren't left-brained enough for science, because history was too dry, philosophy too difficult, geology too petroleum-oriented, and math too mathematical--because they weren't musical, artistic, financially motivated, or really all that smart, these people were pursuing university degrees doing something no different from what they'd done in first grade: reading stories. English was what people who didn't know what to major in majored in.
Posted by Rob Trucks at 10:10 AM No comments:

the last book I ever read (The Marriage Plot, excerpt one of five)

In one motion Madeleine tore the pillow off her head and sat up in bed. She knew who was ringing the buzzer. It was her parents. She'd agreed to meet Alton and Phyllida for breakfast at 7:30. She'd made this plan with them two months ago, in April, and now here they were, at the appointed time, in their eager, dependable way. That Alton and Phyllida had driven up from New Jersey to see her graduate, that what they were here to celebrate today wasn't only her achievement but their own as parents, had nothing wrong or unexpected about it. The problem was that Madeleine, for the first time in her life, wanted no part of it. She wasn't proud of herself. She was in no mood to celebrate. She'd lost faith in the significance of the day and what the day represented.
Posted by Rob Trucks at 10:59 PM No comments: