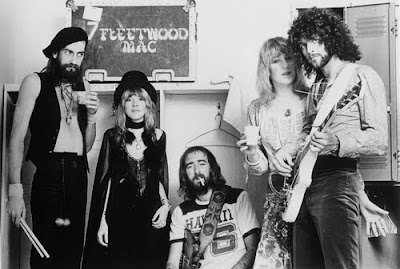 over Mexican food, Mick Fleetwood, Christine McVie and John McVie invite Lindsey Buckingham and Stevie Nicks to join Fleetwood Mac. Buckingham and Nicks accept the offer, which turns out to be a good move for all five of them.

35 years later, the snow has begun falling in Queens and it's quite lovely.

IFC will show two Woody Allen movies (Annie Hall (twice) and Manhattan) before adopting a New York City theme with A Guide to Recognizing Your Saints and Gangs of New York.

Turner Classic will focus on Hitchcock (including a straight run through the excellent Shadow of a Doubt, Psycho, Vertigo and Rear Window) before playing six Thin Man movies in a row beginning at 8 EST.

last book I ever read: Chronic City by Jonathan Lethem

happy new year.
Posted by Rob Trucks at 8:26 AM No comments: 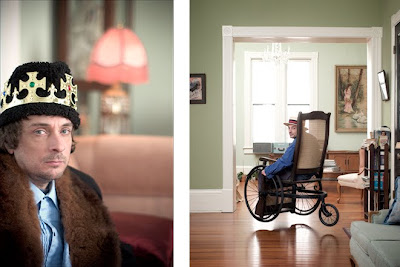 so it's really not the merry Christmas we might've hoped for.

anyway, Vic's dead and, Christmas or not, the world's a little worse off than it was before.

here's an interview I did with him about 14 months ago (but know that it'll take a lot of patience to work through given the multiplicity of poorly formatted apostrophes (it looked better when it was first published)).

God bless you and keep you, Vic.
Posted by Rob Trucks at 11:00 PM No comments:

because what you want to do on a Monday night in Montgomery, Alabama 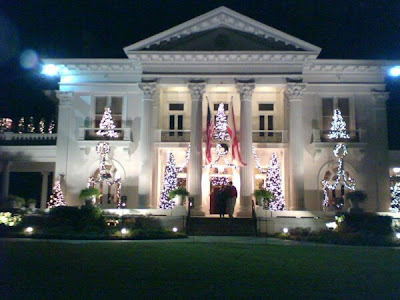 is tour the governor's mansion.

yes, we were even allowed on the inside.
Posted by Rob Trucks at 12:48 AM No comments: 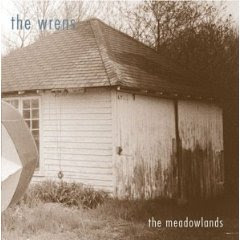 Friday:
the Wrens' play The Meadowlands from start to finish at Maxwell's in Hoboken (friends)

Sunday:
New Jersey Nets vs. New York Knicks at the Garden (friends)
Posted by Rob Trucks at 11:55 PM No comments:

a/k/a: THE POWER OF YOU, my rapidly again arse redux.

so the cable's out this morning, and my great suspicion is that the two free months we grudgingly accepted as restitution for almost a month of no MLB Extra Innings service (they do not give refunds on pay-per-view events and even though this is a four-month package Time Warner classifies it as a pay-per-view event; you know, "policy") have come to an end and some not-so-bright Time Warner employee, rather than turning off the Encore, the Starz, the Showtime, the Movie Channel, etc., turned off everything.
but I'm going to (probably foolishly) give these folks the benefit of the doubt.

five minutes later I receive a message that customer volume is higher than normal.
big surprise there (again, if anyone EVER contacts Time Warner, either by phone or IM chat, and DOESN'T receive the "higher than normal call volumes" message, please shoot me an e-mail because I would think that would qualify as Breaking News).

I receive this message another eight to ten times before, approximately 35 minutes after I initiated the chat, a customer service representative comes on line. he asks that I restate the problem I already detailed on their online form (obviously this is just a stall technique).
I do so, and am told, Why yes, there have been outages reported in my area and they will fix the problem "very soon" and that after some time I should "access my Cable Service."
I ask what "access my Cable Service" means?
and after several minutes without a response I type, "Hello?"
the representative returns to state that he is, indeed, present, but does not answer the question. so I repeat, "What does 'access my Cable Service' mean'?"
at which point the guy says, Oh, I'm an Internet Chat Specialist and I can't really help you with Cable (even though I had specifically stated on the online form that my problem was Cable, not Internet, related), but that he was certain that technicians were working on the problem.
I asked if they were the same technicians that rerouted my Cable chat request into the Internet queue.

we're now almost three hours in (at least, that's as long as I've had the television on) and still no cable.
"very soon," my rapidly aging arse.

in other news, after a break of seven plus months, another submission in the Possibly 4th Street series, this one with the Bowerbirds, has posted online at the Village Voice.
Posted by Rob Trucks at 11:22 AM No comments: