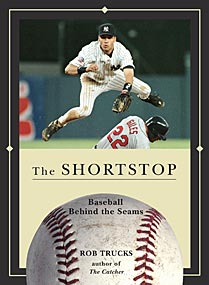 which doesn't mean that The Shortstop's out. I believe that happens on February 9. My author copies arrived yesterday and the book looks good with the exception of an inexplicable misspelling of Khalil Greene's name on the back cover.
Etc.

Other news I don't feel like writing about:
Oprah's rather sanctimonious (at least that was the tone of the show's transcript) backpedal on James Frey, and journalists tripping over themselves to call her courageous when she should've had her shit together in the beginning (if Novocaine-free root canal sounds phony now, why didn't it when she read the damn book? she does read her selections, right?). Whatever you do, don't cross Oprah (see Jonathan Franzen).

I also don't feel like writing about my twelve hour nap one week ago tonight, or our trip to The Blue Note eight days ago, or really anything that happened this week.

last book read: Ladies and Gentlemen, The Bronx Is Burning by Jonathan Mahler
the book before that: The Manchurian Candidate (BFI Film Classics) by Greil Marcus 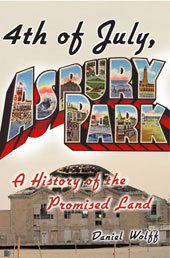 for contributing an ounce of publicity (yeah, it's probably about an ounce) to the overripe, shopworn story of James Frey's A Million Little Pieces (currently number two on Amazon's Best Seller list behind today's announced Oprah selection, Elie Wiesel's Night), but shame on Oprah for covering her own ass in continuing to sponsor this guy.

but I wanted to make mention of Michiko Kakutani's essay, "Bending the Truth in a Million Little Ways" in today's New York Times (an excerpt: "It is a case about how much value contemporary culture places on the very idea of truth. Indeed, Mr. Frey's contention that having 5 percent or so of his book in dispute was "comfortably within the realm of what's appropriate for a memoir" and the troubling insistence of his publishers and his cheerleader Oprah Winfrey that it really didn't matter if he'd taken liberties with the facts of his story underscore the waning importance people these days attach to objectivity and veracity.").

if it's made up it's fiction. period.
and if this instance only revealed trouble within the publishing industry (very small potatoes, let me assure you, in the grand scheme of things), the matter likely would've faded from memory already. but the problem is much larger, as Kakutani points out.

we expect this sort of obfuscation from post-Watergate politicians unfortunately, maybe television executives, used car salesmen and other victims of stereotype, but when the "gentlemanly" business of publishing (thought to be more avocation than vocation) appears half rotten to the core, where are we to place our trust?

personally I think Nan Talese should be locked in a room and forced to watch her performance on "Larry King" over and over again until she admits she's wrong.

lots more CDs in today: The Detroit Cobras' Baby, Shawn Camp's Fireball, Loose Fur's Born Again in the USA, The Grey's Asleep at the Wheel and Tortoise and Bonnie 'Prince' Billy's The Brave and the Bold.
thank you, collective publicists.

no rest for the weary

just because seemingly not a single band is touring (not even Modest Mouse) does it mean that publicists across America did not start the new year in an industrious fashion (is there a double, perhaps a triple Lutz, negative in the previous sentence?).

yea verily, the mailbox is filled to near overflowing: Chris Thile & Mike Marshall's Live Duets, Lunasa's Se (inset your own accent marks on this one - I've tried), Cavalier King's The Sun Revolutions, Clearlake's Amber, Robert Pollard's From a Compound Eye, P.O.S.' Audition, Luke Doucet's Broken (and other rogue states), East River Pipe's What Are You On?, Michael Camilo's Rhapsody in Blue and The Minus 5's The Gun Album have all arrived this week.

song of the day: the bound stems' "wake up, ma and pa are gone" 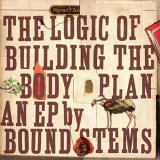 Chicago's Bound Stems got a notice in last Sunday's New York Times from Jon Pareles ("in a zone that borders Wilco, Animal Collective, Tortoise and the Fiery Furnaces") (huh?), which unfortunately didn't turn out an overflow crowd for their Mercury Lounge set two days before.

Timing, they say, is everything, so here's a little more well-intention too little, too late.
Posted by Rob Trucks at 11:45 PM No comments: 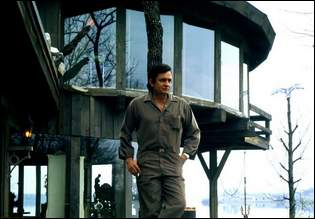 According to news reports, Bee Gee Barry Gibb has purchased the Hendersonville, TN home of Johnny and June Carter Cash.
Posted by Rob Trucks at 3:13 PM No comments: 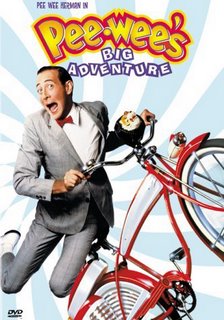 the long holiday weekend consisted of little but indoor activities. sure, there was washing and drying and ironing, but the majority of time was spent in front of the television catching up with movie rentals and library check-outs and a couple of ballgames: Nixon - The American Experience, I heart Huckabees, Pee Wee's Big Adventure, The Last Days, The American President, thirty minutes of White Stripes' videos on Fuse's "Loaded," Before Sunrise, Before Sunset, a poor performance by Auburn against Wisconsin in what used to be the Citrus Bowl, and a disappointing Duke thrashing of Bucknell at Cameron Indoor. not much to recommend, but it beat working.
Posted by Rob Trucks at 10:03 PM No comments: