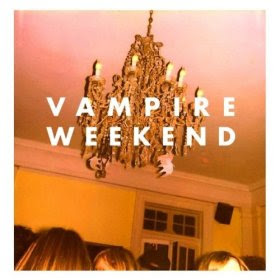 but enough of the dismal.

(for a limited time, whatever that means) that's affordable for damn near everyone.

new albums by Coldplay, Metallica, Beck, Vampire Weekend (who begin a series of four sold-out New York shows on Wednesday - here's an older interview with VW bassist Chris Baio), R.E.M., TV on the Radio, Fleet Foxes, Ra Ra Riot, Jamie Lidell (those last four will make a number of Best of 2008 lists), Al Green, Jason Mraz, Katy Perry, Stereolab (and here's an older interview with co-leader Laetitia Sadier) and Death Cab for Cutie are all on sale for $5 each.
Posted by Rob Trucks at 1:34 PM No comments: 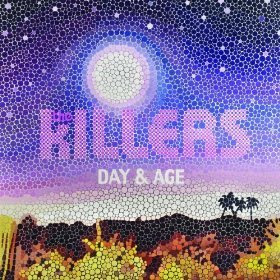 after a very long night of Tusk writing (the sun is not up at 5 a.m. on the East Coast in case you were wondering), my photo research is done for the day, interviews are done for the day and little remains but hours and hours and hours of transcribing, more than likely several serious (and unsuccessful) attempts at nap avoidance and a little basketball (St. Joe's and Texas from Maui starts soon; what is it, like 9 in the morning in Hawaii?).

but the first day of the shortened Thanksgiving week also stands out because of an unusual record release schedule (discs almost always drop on Tuesdays) (as well as a standout afternoon for ampersands), including Ludacris' Theater of the Mind, Kanye West's 808s & Heartbreak and The Killers' Day & Age.
and the greatest of these, at least deal-wise is the new Killers release which Amazon is offering (today only) as a $3.99 mp3 download.

hurry, hurry.
Posted by Rob Trucks at 2:46 PM No comments:

the week in review 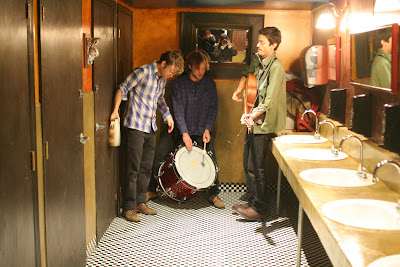 I spent a lot of time (a lot of time) on the review of the 25th anniversary re-issue of R.E.M.'s Murmur.
a lot of time.
but I got it done (finally), and it'll run in the Voice (print edition) either next week (the official release date is Tuesday) or the week after.

it's been a long while since I've been to an NBA game and not that I had high expectations for the Izod Center (formerly Continental Airlines Arena, formerly Brendan Byrne) but I was still disappointed by the ads posted at every available sightline, the music (loud) played during game action (as in, constantly), the cheesy dancers and assorted Nets-sponsored time-out entertainment.
except, the T-shirt drop.
I didn't come close to grabbing a shirt (we sat about as far as possible from the court), though they appeared have at least one launcher that could've reached, but it was the first time I'd ever seen free T-shirts dropped from the overhanging catwalk (with individual parachutes).
yes, I am often easily amused.

I went grocery shopping (more than once), to the post office (more than once), made a big pot of soup (enough to last all weekend, at least), recorded a Possibly 4th Street with fellow Alabamian A. A. Bondy (see above) and interviewed Walter Egan for the Tusk book (Walter's first two albums, Fundamental Roll and Not Shy (both with Lindsey Buckingham handling some production and guitar work), packaged together for the price of one, will serve as the album of the coming week - see right).

besides Walter's work, and A. A.'s American Hearts, and Tusk and the Murmur re-issue (of course), McCoy Tyner's Echoes of a Friend and Sahara (though eMusic (see above right) is really the way to go for buying jazz mp3s), the Army Navy debut, the self-titled Conor Oberst, Yeasayer's All Hour Cymbals, Robyn Hitchcock's I Often Dream of Trains, A. C. Newman's The Small Wonder, Bound Stems' The Family Afloat, Marnie Stern's In Advance of the Broken Arm, Metallica's Death Magnetic, Oasis' Dig Out Your Soul, Blitzen Trapper's Furr, Los Campesino's We Are Beautiful, We Are Doomed, Ra Ra Riot's The Rhumb Line and the Notorious B.I.G.'s Ready To Die all got earbud play.

listening to a bunch of music ain't genius, baby.
Posted by Rob Trucks at 1:10 AM No comments:

no news is neither good nor bad but simply no news 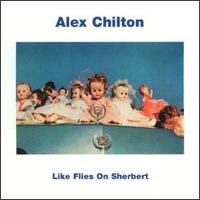 I shouldn't be up this late if I'm not writing something other than a blog entry.
or watching college basketball (I'm muchly impressed by ESPN's almost round the clock coverage today).
or transcribing.

but the review's written, turned in.
and I've made good progress on interviews over the past couple of days.

I've had some good ideas that will likely fall by the wayside because I can't find the right home for them, and really don't have the time to bring them to fruition (which is when good ideas arrive).

but I saw the Eggleston exhibit, including his film Stranded in Canton, on Friday.
and God willing and the creek don't rise, I will see LeBron play tomorrow night (which is the primary reason I'm writing now).

be thankful for what you've got.
because busy ain't genius, baby.
Posted by Rob Trucks at 2:04 AM No comments:

we're back from Alabama 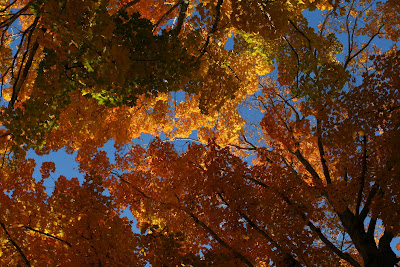 and unfortunately shoemaker elves didn't appear to take care of the work I left behind (a review of the 25th anniversary re-issue of R.E.M.'s Murmur, a book due in just six weeks). of course, I'm not making shoes.

but I don't think that had much to do with us being gone.

my interview with jazz great Hank Jones popped at the Voice (and I've changed the album of the week (to your right) to reflect that).
and I'm pretty sure that my mom had a good birthday.
and that's the most important thing.

but it's now past time for me to crawl into an industrious hole.
Posted by Rob Trucks at 4:01 PM No comments: 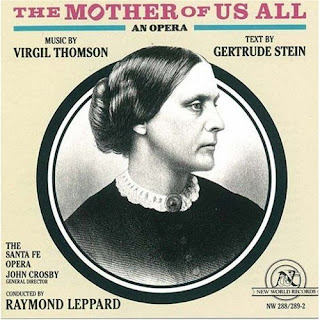 (The Mother of Us All - text by Gertrude Stein),
so you don't have to.

some more free and not free but relatively affordable downloads:
IAMX (the full PA Possibly 4th Street that got (understandably) shut down by New York City's Finest) releases their new single, "Think of England," today.

and Amazon's been offering $1.99 daily downloads (today is Talking Heads' Remain in Light), but given their, you know, dailiness, it's kind of hard to keep up.
but the site also selects five albums every Friday for a weekly $5 sale.
last week, in some kind of almost attempt at connecting to Halloween, Vampire Weekend, My Bloody Valentine and David Bowie's Scary Monsters were among the sale items.

this week's highlight, however (so you still have most of seven days), is Calexico's latest, Carried To Dust (as well as The Best of Pantera if you're that rare metalhead who does not yet possess the Pantera catalog).

finally, we resume our free Live Metallica download (for lack of a better word) promotion.

Metallica played in Omaha, Nebraska last night. and while I do not currently possess a free code to give away that particular performance (with the standard two separate tracks for Kurt solos), I do have the key to their first of two shows in Newark on January 31st: MTP0901312D04452697

(directions for first-timers:
click on this Live Metallica link, register, and then enter the code.

if you're the first blog reader to copy and paste that day's code, then Metallica will send you a free download of that concert.)

have a great weekend.
Posted by Rob Trucks at 12:01 PM No comments: 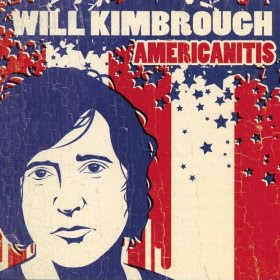 and while it's not free (I would if I could, but I just write here), I also recommend (for timeliness if nothing else (and there's plenty else)) Will Kimbrough's "Americanitis" (hey, it's only 99 cents; pull the string), which I co-wrote.
in fact, I wrote the lyrics exactly three years and 361 days ago. that is, on my way to work (the subway ride) the day after the 2004 election. the original title was "Kerry in the Park," as it was an imagining of John Kerry taking stock - past, present and future - while wandering through Central Park following his defeat.
and Will did a tremendous, fabulous, wonderful job not only with the music but with the recording. and I am more than proud to have played a small part.
but - and this is the important part - I do not want to have to feel that way again. 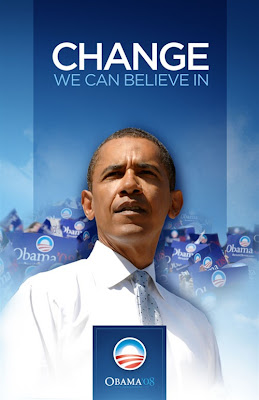 I am voting for Barack Obama.

sadly, I have never seen this country as divided as it's been over the past eight years.
and for this I blame Bush/Rove/Cheney and the ramrod Republicans who have treated our government as if it were some winner-take-all ballgame without regard for the consequences.

while Bill Clinton's military service was no more impressive than that of Bush 43, Clinton, unlike Bush and the 527s, did not attempt to cover his own tracks by denigrating the service records of Bush 41 or Bob Dole.
the "swift boating" of John Kerry was, to my mind, unconscionable.
and the whisper campaign against John McCain in South Carolina in 2000 (that he had become unstable while imprisoned in Vietnam, among other lies) was equally unconscionable.

and yet the lesson that John McCain seems to have learned from his fellow Republicans, from the same group that so unmercifully attacked him eight years prior, is do unto others before they do unto you.

rather than spending the last few days of this long campaign presenting the case for his own presidency, McCain operatives have decided to continue their series of unsuccessful political stunts in hopes that something, anything will finally stick.

today alone, in the campaign's final hours (when you would think some kind of summation would be in order), I heard that Barack Obama is "a socialist," that he "pals around with domestic terrorists," that he intends to tax 401k contributions as well as the income of anyone who makes more than $42,000 in a year, and that over 50% of all small businesses will face higher taxes in an Obama administration.
I have heard talk of a real America and a phony America (centered, according to John McCain in his interview with Brian Williams, in New York and Washington, interestingly enough the only two American cities to suffer a foreign attack in the past half-century) and I have seen television ads that feature Jeremiah Wright's fiery rhetoric, and heard the cheer "John McCain! No Hussein!"

the worst part is, John McCain knows better.
John McCain knows that after an unnecessary and mismanaged war, the most severe economic downturn since the Great Depression, the doubling of our national debt and the abandonment of a great American city in its hour of need, our country's problems do not center around a Chicago minister or who served with who on a non-profit founded by one of Ronald Reagan's closest friends.
I know that John McCain knows better.

we will never solve our country's very serious problems with such fear-mongering, calculated alienation and disregard for the truth (wasn't it a Republican who once said something like a house divided against itself cannot stand?).
after eight long years, isn't it time to turn away from mean-spirited divisiveness and cynicism and at least take a chance on unity and optimism?

I believe so.
and that is why I am voting for Barack Obama.
Posted by Rob Trucks at 11:26 PM No comments: