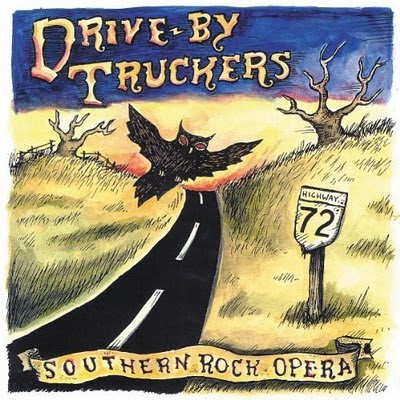 top ten list for the year?
big deal.
any yahoo (or other comparable search engine) with all ten fingers can make a top ten list (in case you need proof, my Pazz & Jop Poll entry for 2010 will be public soon).
but to pick the top ten from the past ten years that you'll most likely be listening to ten years from now takes a good memory, critical expertise and a certain amount of fortune telling ability.
and as I have some (not all) of those qualities, here are the ten albums from the past ten years (2001 onward) that I believe I'll most likely have in a heavy-ish rotation ten years from now.
assuming I'm still here.
assuming any of us are.

here are the rules:
only one album per band (if I were to break this rule then Centro-matic's Love You Just the Same would be the first addition) with no re-issues and no compilations and no live albums (which often function as compilations (and if I were to break that rule then Lambchop's Live at XX Merge would be the disc I would break it with)).

so without further ado (ado, ado (I lied)), the ten albums of the past ten years that I think I'm most likely to still be listening to ten years from now (in alphabetical order):

back to normal (kind of) 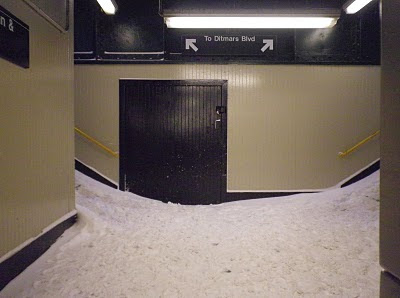 our return to the northeast, despite waking at 4:30 on Christmas morning, progressed smoothly. we even sat next to each other (bulkhead, bulkhead) on both legs (which makes me think there were probably at least a couple empty seats on the plane to LaGuardia) and it was beyond good that we got home when we did.

we spent a lovely Christmas evening and birthday morning (with good eats and the beginnings of snow) at my sister-in-law's in central New Jersey before taking the train back to New York, home, to gather the mail from the neighbor's, switch suitcases for overnight bags and head to Chelsea and the Hilton Garden Inn (the snowstorm lightning was quite cool) for the birthday, including dinner at Nobu that was likely experiencing its slowest night in the four years our server had worked there.
which was not a surprise.
the restaurant couldn't have been more than a third full and it took us five minutes just to cross the intersection to get there as those 50 mile an hour gusts that sound like so many exaggerations when you're in another part of the country decided to roar across Franklin Street just before 9 o'clock.

but dinner was, of course, good to good to great (if a bit overloaded with scallions, which was certainly not intentional on our part - the birthday spouse recommends the nameless King Crab dish that was evolved from the advertised Tempura to something that was gluten-free), which it should be for $125 per person after tip, but it was disappointing that, even though we had finished eating, we were rather rushed out. as in, the coat check person brought our jackets to our table and the overhead lights were turned on before we had a chance to put them on (we were the second to last couple out: our foot-dragging partners, D.C. residents who said they had come up specifically for the blizzard, were still working on their "expensive bottle of wine" from dinner and refused to budge (good for them)).

Fed Ex offices were locked, the Post Office was closed ("Neither snow nor rain nor heat nor gloom of night stays these couriers from the swift completion of their appointed rounds," my ass), as was the local Chase branch, but all the grocery stores in our neighborhood appeared to be open (we visited three of four) and, despite not receiving deliveries since last Friday (if then), able to provide at least some food staples with agreeable expiration dates (please welcome leftover tenderloin sandwiches and fresh potato chips to our proverbial table).

so after a week away we're back, if not back to normal, and ready to get back to whatever it is that we do.
Posted by Rob Trucks at 5:51 PM No comments: 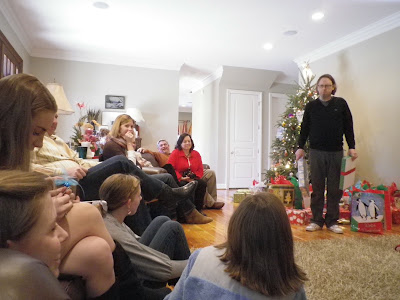 even though the temperature will not drop below freezing for another 24 hours.
so hello Detroit!!!

we're getting up at 4:30 a.m. (stay out of my way; I am not a morning person, nor am I a middle of the night person if I've already been asleep for more than 20 minutes), sojourning through Michigan and landing in New Jersey instead of New York, but it beats Delta's suggested alternate routing (Birmingham to Memphis, Memphis to Cincinnati, Cincinnati to LaGuardia and taking 10 hours to do it) with a big 'ol Bob's Sweet Stripes Mint Stick.

but Barnes and Noble actually admits to having the Tusk book in stock (Amazon doesn't; sometimes you feel like a nut and sometimes you don't) so Merry Christmas to all (yep, that's me playing Fred Perry sweater-wearing Santa Claus with little penguin helpers) and to all a good three or four hours of sleep before flying.
Posted by Rob Trucks at 8:31 PM No comments: 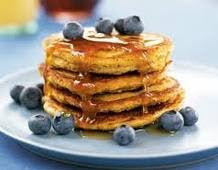 the last book I ever read: The Forever War by Dexter Filkins

the last book I ever wrote that I've held in my hands even though Amazon.com says it won't be available until September 11, 2011 and bn.com doesn't seem to have even heard of it: Fleetwood Mac's Tusk

the last cereal I ever purchased: Kellogg's Raisin Bran

the last person I ever interviewed: Michelangelo Signorile

the last time I saw you: depends on who you are.
Posted by Rob Trucks at 9:04 AM No comments:

or maybe none of those.

but advance copies, soon to be followed by author's copies (which will be mailed out to interview subjects), of Fleetwood Mac's Tusk by Rob Trucks (yes, me) will soon be in the hands of the United States Post Office and headed this (meaning my apartment) way.

which means that copies of Fleetwood Mac's Tusk by Rob Trucks (yes, me) will soon be available for sale at Amazon.com, despite the fact that the book is currently listed with a September 11, 2011 release date.

the book, Fleetwood Mac's Tusk by Rob Trucks (yes, me), is currently priced at $8.86, which is probably a fair amount (not too terribly expensive for the number of pages you're getting) for such a book, but at that price you have to purchase a total of three copies in order to obtain free shipping (orders of $25 or more).

and I'm not sure that I can recommend a purchase of three copies, unless you live in a very rainy area, say Seattle, and like to leave your books outside overnight.

in fact, I'm not sure that I can recommend the purchase of even one copy, especially if you're buying for, say, a newborn who hasn't started teething (this book may be good for teething), or maybe your grandmother who thinks that Guy Lombardo's Auld Lang Syne is like the best music ever recorded, ever.

but if you're interested in Fleetwood Mac's Tusk and you like books that can fit in the back pocket of your jeans so people walking behind you will think that you're either a literary type or maybe just have a lumpy ass, then possibly this might be a worthwhile purchase. and there's a good chance that you'll never see it (new, at least) for less than $8.86 with the hovering possibility of free shipping besides (more than hovering if you can find another $16.14 worth of stuff to buy on the Amazon site) after this.