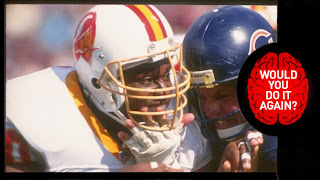 I have been talking, and will be talking, with some of the more than 4500 former NFL players who have filed suit against the League over head injuries.

once again, my thanks to Deadspin for the opportunity, and to Mr. Moore, Mr. Ahanotu and all the former players who have shared their thoughts and time.