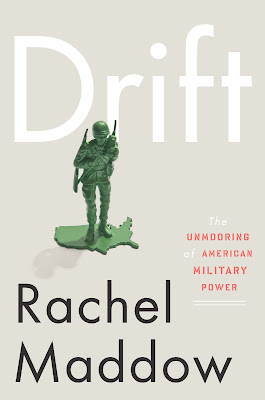 from Drift: The Unmooring of American Military Power by Rachel Maddow:

The main agent in the hostage-release scheme was a Paris-based exiled Iranian arms dealer, Manucher Ghorbanifar, who claimed to have ties to a buzzing nest of moderates inside Iran's military. These army officers, according to the tale Ghorbanifar told, wanted to overthrow the madman Khomeini and make a fresh start with the United States. As a show of good faith among new future friends, the United States would open up the spigot for weapon sales to Iran, and the Iranian moderates would convince Hezbollah to release all of the American hostages in Beirut.

By the time Ghorbanifar presented his tantalizing arms-for-hostages plot, he was already well known in US intelligence circles. A lengthy CIA report described him as "personable, convincing . . . speaks excellent American-style English." (Not even intelligence guys are immune to the charms of excellent American-style English.) However, the report concluded, Ghorbanifar "had a history of predicting events after they happened and was seen as a rumor-monger. . . . The information collected by him constantly lacked sourcing and detail notwithstanding his exclusive interest in acquiring money. . . . Subject should be regarded as an intelligence fabricator and a nuisance. Any further approaches by subject or his brother Ali should be reported but not taken seriously." In fact, on the occasions the CIA had subjected Ghorbanifar to a polygraph test, he generally proved himself to be a liar on any question more complicated than his name and his place of residence. But still, under cover of secrecy, Reagan decided it would be good policy to get in bed with Ghorbanifar and his French silk pajamas.

As the deal unfolded--badly--assessments of Ghorbanifar within Reagan's White House national security team included "corrupt," "devious," "duplicitous," "not to be trusted," and "one of the world's leading sleazebags." National Security Adviser Bud McFarlane even called him a "borderline moron." There was pretty good evidence that Ghorbanifar's main goal was money. And stll, Reagan decided it would be good policy to continue to pursue the Ghorbanifar plan.