the last book I ever read (Admiring Silence by Abdulrazak Gurnah, excerpt five) 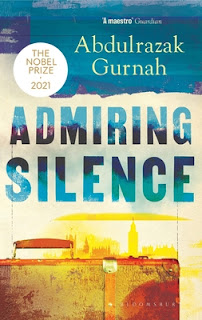 She transformed everything. I woke up in the morning thinking myself smart and enterprising, instead of alien and depressed. I caught myself in unusual acts of jauntiness: humming as I walked, smiling broadly when a polite twitch of the lips would have done, trying on sunglasses in Boots. When I felt myself unfairly or discourteously dealt with, I swaggered to claim restitution rather than walking away with a sinking heart and averted eyes. My contributions to class-room discussions increased and were even-tempered and thought out instead of being rare, impulsive outbursts that left everyone bemused and at a loss. My seminar leaders beamed at me and I glowered self-importantly. Even my essays acquired a more confident voice: I took a sterm position on creativity and learning, for example, whereas before I would have just repeated the wet-liberal orthodoxies about self-expression spouted in tutorials. My tutor, twisting and turning like an angel on a pin, described this position as classicist, by which I took it that she meant intolerant, but she graded the essay highly.

I could not credit the affection Emma showed me, the praise she heaped on me. I struggled to cling on but it seemed I could do no wrong. Every evening (she had give up the Costmary Grill) she came to my room and we cooked some nameless concoction and talked and worked and played. It seemed the talk could go on and on without end. There hardly seemed a pause, everything merged seamlessly and effortlessly. These evenings were so regular that Emma’s landlady, a loving woman with endless rules about what her student guests could do, began to feel guilty about charging her for dinner – though she still continued to do so. Sometimes she stayed the night, and we murmured away through the long hours, well into the night and sometimes until dawn, as if there would be no tomorrow. She brushed away my embarrassment and temerities and made me laugh about the most improbable things, the most painful things. It was love, headlong stuff.