the last book I ever read (The Door by Magda Szabó, excerpt three) 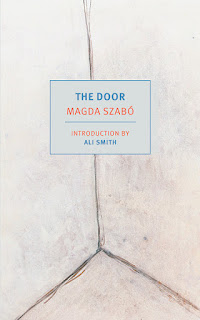 My husband returned, bearing a large pile of newspapers. He had walked his anger off, and come back to a peaceful apartment. He searched each room to see if the offensive items had been removed. The kitchen was a surprise, but by then he had pretty much calmed down, and he realised that that area was beyond help or hurt. Ever since we’d moved in, my playful nature had been collecting the most impossible objects – it would have made no difference if we’d suspended a stuffed whale from the ceiling, like something in my great-grandparents’ vast emporium. The madly staring woman and the ducal water heater merely added to the general air of an occupational therapy museum made to look like a kitchen-diner. Luckily he failed to spot the gnome lurking in the shadow of the U-bend. At last order was restored. And once again I had misread the calm before the storm. I was enjoying it, even though Viola’s head was drooping miserably. His listless demeanour should have warned me that something was brewing.