the last book I ever read (Rebellion by Joseph Roth, excerpt one) 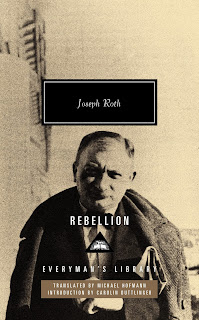 Only Andreas Pum was content with things as they were. He had lost a leg and been given a medal. There were many who had no medal, even though they had lost more than merely a leg. They had lost both arms or both legs. Or they would be bedridden for the rest of their lives, because there was something the matter with their spinal fluid. Andreas Pum rejoiced when he saw the sufferings of the others.

He believed in a just god. One who handled out shrapnel, amputations, and medals to the deserving. Viewed in the correct light, the loss of a leg wasn’t so very bad, and the joy of receiving a medal was considerable. An invalid might enjoy the respect of the world. An invalid with a medal could depend on that of the government.