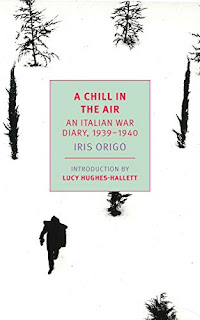 This morning – the last day that cars can be used – being a clear, cloudless day, we drove up into the hills to visit our old friends, the Senni family in Badia Prataglia, but as we drove along the Val di Chiana we saw in every village little groups of richiamati and women crying. We had meant to reach the Sennis in time for Chamberlain’s statement, but as we drove up to the door, one of the boys came down to meet us: “The speech is just over. It’s war.”

I went quickly upstairs and found Mary Senni (American by birth) and Diana Bordonaro (half-English) by the radio, with tears in their eyes. Half an hour later Chamberlain’s statement was repeated. When it was over, Mary came across to me: “If Italy comes in now on the German side, I shan’t be able to bear it! I would have let my boys go, to fight for something they believed in; but now – not against civilization!”

All afternoon we sat round the radio, listening to one country after the other – Europe moving to war. Then the King’s speech – slow and halting, but somehow very moving – and “God save the King.”

Later on we talk of the effect of all this on the Italian people. “Nothing,” says Diana, “no propaganda, will even persuade the Italian peasant and workman, that it was Chamberlain who wanted war. They’ll know it was Hitler’s fault.” “Yes,” says the son of twenty, “and the more time elapses, the more difficult it will be to persuade us to fight on the German side.” But I am not quite so sure.