the last book I ever read (Roberto Bolaño's The Skating Rink, excerpt two) 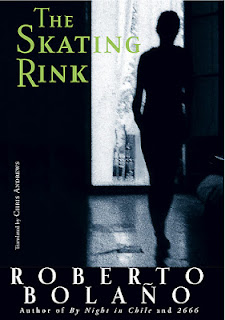 from Roberto Bolaño's The Skating Rink:

. . . In the place where I had left the tent, I found a box of those flags that are strung up at the entrances to campgrounds in a show of internationalism; successive seasons of exposure to the weather had practically destroyed them. The Peruvian began to pull out the flags and name them one by one, nostalgically, like an ex-jailbird reciting the names of the prisons in which his youth had been consumed: Germany, Great Britain, the United States, Italy, Holland, Belgium, Switzerland, Sweden, Denmark, Canada . . . Except for the United States, I’ve lived in all these countries, he said. A few yards away, against a rickety wardrobe, was the tent . . .