the last book I ever read (Jamie Quatro's I Want To Show You More, excerpt two) 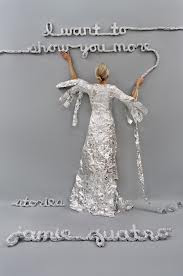 from Jamie Quatro's I Want To Show You More: Stories:

She walked to the end of the driveway, turned, and started up the gradual incline to the top of their street. It was at least a hundred degrees already. At the top of the street she had to sit down. She folded, pretzel style, onto the steaming asphalt next to an armless saguaro. She felt the sun on her shoulders and knew that freckled red patches were forming on either side of the straps of her tank top. There was something godless about the desert. General revelation didn’t apply here. The notion that even if you’d never heard of God you could intuit something of Him through nature—it didn’t work in this wilderness of succulents. Only the Native Americans had learned how to bend the plants to human use, fashioning the ribs of dead saguaros into spears so they could reach up and slice off the fruits. Maybe that was the revelation of the desert: God helps those who help themselves. Well, hadn’t she done that?

She stood up, brushing off the back of her jeans. She would choose to believe the anointing had worked. That there would be some change. That she and Mitch would embrace and begin the path toward healing. God would never give her more than she could handle. It said that in the Bible. Nothing beyond what you can bear. She and Mitch were only being tested, refined like silver.