the last book I ever read (Pete Townshend's Who I Am, excerpt thirteen) 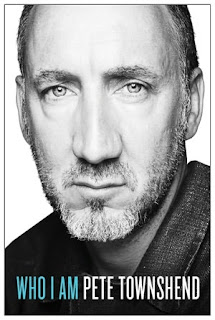 So off we went – Roger, John and me – to New York for a press conference to announce that we were going to do some shows that year, and make a new record. No one among us said we were doing it for the money. None of us offered that I hadn’t really wanted to go deaf in order to save Roger and John from being forced to live in smaller houses. I tried not to even think about it.

My only hope of surviving the work ahead without drinking was to enjoy it. Roger shocked me by telling the assembled press that we planned an album for which we all would contribute songs; it would be more of a creative team effort than ever before, and that he had several songs in the pipeline, as did John. I had never successfully co-written a song in my life, at least not in a rehearsal room. There too I was going to have to make some inner changes just to get along.