the last book I ever read (Laura Lamont's Life in Pictures, excerpt two) 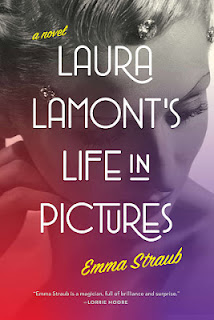 “People are going to ask you about your sister,” John said, still looking out the window, but Elsa knew he was talking to her. She stayed quiet, waiting to hear the rest of the sentence. “And you’re going to have two choices. You can either tell them the truth, which will make them uncomfortable and awkward, or you can pretend that everything is okay.” He turned his face back toward Elsa for a moment, and then jerked his chin down to his chest, as if examining the bottom of his coffee cup. “People won’t know how to react if you tell them the truth.”

“Like in the play?” Elsa watched her father’s hands, his large fingers clasped together around his mug.

“Just like in the play,” he said. “You’re an actress now.” Despite it all, Elsa could swear that there was some pride in her father’s voice. It was good for all of them to remember that there were actors in the world, people whose job it was to pretend. For Elsa, there was no other option after that moment—she saw her future as clearly as she saw the water of Green Bay. Even if she wasn’t happy on the inside, the outside could be something else entirely. There was always another character to play.