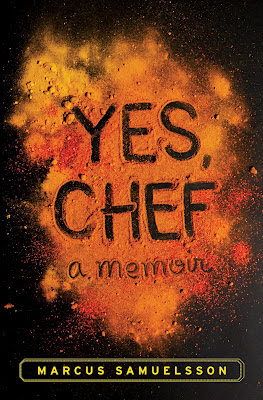 from Yes, Chef: A Memoir by Marcus Samuelsson:

On August 11, 1996, my father, Lennart Samuelsson, passed away. He was at home in Göteborg; I was at work in New York. He'd been struggling with the aftermath of a stroke, but then he took a sudden turn and was gone. I couldn't leave the States to go to his funeral without jeopardizing my immigration status. My mother said she understood, my sisters said they understood, but honestly, it would take me years to say that I understood the choice I made. All I know is that I did what, by now, came naturally: I crammed my grief and fear into a little box and closed it up until I was ready to deal. There was no time, I told myself, to make a meal out of this misery. Nothing could get in the way of my cooking.