Jon Melander, the fifth interview in Deadspin's Would You Do It Again? series 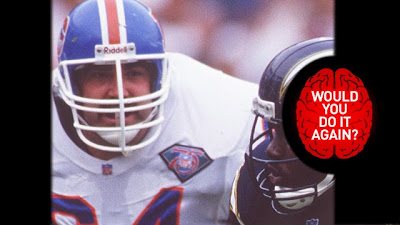 "So maybe I’m being naïve. Maybe I’m justifying the fact that I played and my son wants to play and I think it’s going to be okay if he plays college. Maybe it is naïve to think that he’s going to come out on the other side okay."

I have been talking, and will be talking, with some of the more than 4500 former NFL players who have filed suit against the League over head injuries.