the last book I ever read (Stella Maris by Cormac McCarthy, excerpt two) 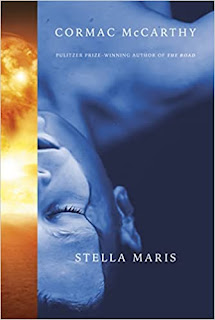 from Stella Maris by Cormac McCarthy:

Is it a force or a particle?

A particle. Although at that scale the distinction is not so clear.

What does it do?

It carries the news from quark to quark. It’s not that complicated. An atom is composed of smaller particles. Nucleons. And these particles are composed of quarks. Generally three. The quarks have dumb names. Top quark and bottom quark. Up and down quarks. A positron is made of two up quarks and a down quark. A neutron is made of two down quarks and an up quark. And so on. It all works. No one is quite sure why. But the gluon is what keeps the particles informed.