the last book I ever read (The Passenger by Cormac McCarthy, excerpt four) 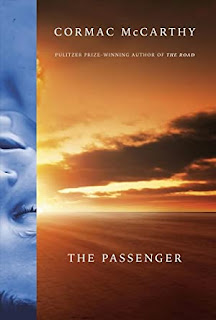 from The Passenger by Cormac McCarthy:

It just came to him.

Not exactly. Still, it’s a simple enough idea. That nucleons are composed—as it were—of a small companionship of lesser particles. Groups of three. For the hadrons. All but identical. He called them aces. He told me he didnt think anyone else could figure this out and that he had all the time in the world to formalize it. He didnt know that Murray was on his trail and that he had less than a year. In the end Murray called the particles quarks—after a line in Joyce’s Finnegans Wake, referring to cottage cheese. Three quarks for Muster Mark. And he swept the field and won the Nobel Prize and George went into therapy. But George came out the better for it.

This is a true story.