the last book I ever read (Dawnie Walton's The Final Revival of Opal & Nev, excerpt ten) 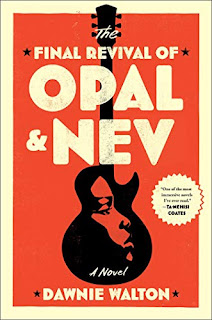 I gave less than three damns about fixing up a crumbling old palace, but Paris? Now that was worth investing my time. I had always been curious about going—what intelligent Negro wasn’t? James Baldwin was in France, being Black and gay in every sense, and some of the jazz cats had visited and wouldn’t shut up about this sense of freedom they felt just walking the streets. I wanted to see for myself what was up. So I told Stephen I would come sit in his box, as long as he could cough up a second ticket. I had a friend I owed a favor or two. [Laughs]