the last book I ever read (Born to Run by Bruce Springsteen, excerpt eleven) 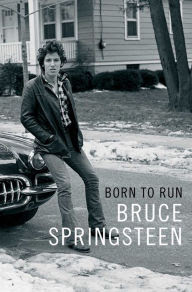 The songs of Nebraska were written quickly, all rising from the same ground. Each song took maybe three or four takes to record. I was only making “demos.” “Highway Patrolman” and “State Trooper” were recorded only once each. “Mansion on the Hill” was first, “My Father’s House” last, with the song “Nebraska” serving as the record’s heart. I tapped into white gospel, early Appalachian music and the blues. The writing was in the details; the twising of a ring, the twirling of a baton, was where these songs found their character. As in The Night of the Hunter, I often wrote from a child’s point of view. “Mansion on the Hill,” “Used Cars” and “My Father’s House” were all stories that came out of my experience with my family.

I wanted black bedtime stories. I thought of the records of John Lee Hooker and Robert Johnson, music that sounded so good with the lights out. I wanted the listener to hear my characters think, to feel their thoughts, their choices. These songs were the opposite of the rock music I’d been writing. They were restrained, still on the surface, with a world of moral ambiguity and unease below. The tension running through the music’s core was the thin line between stability and that moment when the things that connect you to your world, your job, your family, your friends, the love and grace in your heart, fail you. I wanted the music to feel like a waking dream and to move like poetry. I wanted the blood in these songs to feel destined and fateful.