the last book I ever read (The Discreet Hero by Mario Vargas Llosa, excerpt nine) 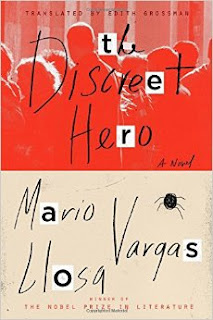 Their truest form of communication was qiqong. At first Felícito began to imitate the movements as if he were playing, but Lau didn’t take it as a joke, encouraged him to persevere, and became his teacher—a patient, amiable, understanding teacher, who accompanied each of his movements and postures with explanations in rudimentary Spanish that Felícito could barely understand. But gradually he let himself be infected by Lau’s example and began to do sessions of qiqong not only when he visited the grocery but also in the widow’s boardinghouse and during the stops he made on his trips. He liked it. It did him good. It calmed him when he was nervous and gave him the energy and control to undertake the challenges of the day. It helped him find his center.