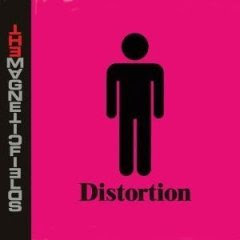 my piece on the near mythic Stephin Merritt of Magnetic Fields (and three other groups minimum) popped today at the Voice.

the pub was timed to coincide with today's release of Distortion, the band's third album in something like eight years (it's currently #17 on Amazon's sales chart, but there's a free (at least temporarily) stream of the album on the band's MySpace page).

and I guess I should've realized had I thought about it, but I didn't think about it (mind my own business, my own piece, I guess). at least a couple other places - the New York Times and the New York Observer (theirs titled "Magnetic Personality Disorder") for starters - also ran features on Mr. Merritt today.

happy (or unhappy) reading (your choice).
Posted by Rob Trucks at 1:11 AM