the last book I ever read (Dashiell Hammett's The Maltese Falcon, excerpt twelve) 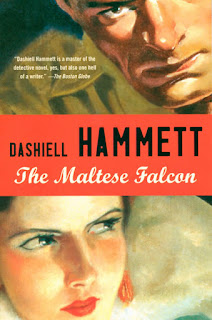 Spade said: “Miles hadn’t many brains, but, Christ! he had too many years’ experience as a detective to be caught like that by the man he was shadowing. Up a blind alley with his gun tucked away on his hip and his overcoat buttoned? Not a chance. He was as dumb as any man ought to be, but he wasn’t quite that dumb. The only two ways out of the alley could be watched from the edge of Bush Street over the tunnel. You’d told us Thursby was a bad actor. He couldn’t have tricked Miles into the alley like that, and he couldn’t have driven him in. He was dumb, but not dumb enough for that.”