the last book I ever read (Mr. and Mrs. Doctor by Julie Iromuanya, excerpt seven) 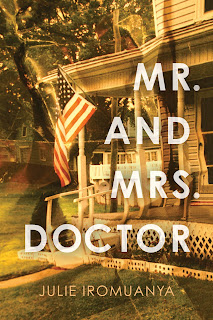 Underneath the piles of magazines, he noticed a book: Lonely Planet: Nigeria. He thumbed through the pages, recognizing the names of towns and monuments. There was a brief explanation of the Igbo, the Yoruba, the Hausa, and the Fulani. Someone had underlined passages and made notes. He pulled the book close to his nose. In astonishment, he read a question that someone had penned: Is he Yoruba or Igbo?

Just then, Cheryl returned to the room, her hands full with two mugs of coffee. At the sight of him thumbing through her book, her pale complexion colored. He couldn’t help but smile. She wants to know about me, he thought. There were things that no one knew about him. All of his years of being acquainted with Gladys, and she knew so little about him. Sharing a bed and a home with Ifi had at first convinced him that she knew him inside and out. Now, he realized that it just wasn’t true. Cheryl, on the other hand, had the wherewithal to wonder about him. He felt the pride a man should.