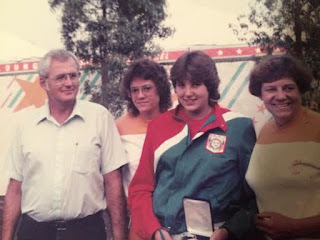 In 1984, at the age of 18, Pat Spurgin became the first Olympic gold medalist in the Women's 10-meter Air Rifle. By the time she retired from competitive shooting, she was an eight-time All-American at Murray State, where the shooting range is now named in her honor.

Pat Spurgin Pitney currently serves as the Budget Director for the State of Alaska.