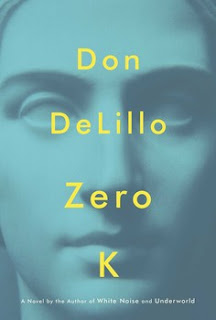 from Zero K by Don DeLillo:

He was seated directly behind the driver and spoke into the plexiglass shield, undeterred by traffic noise and street construction. He was fourteen, foreign born, a slant tower, six-four and growing, his voice rushed and dense. The driver did not seem surprised to find himself exchanging words and phrases in his native language with a white boy. This was New York. Every living breathing genotype entered his cab at some point, day or night. And if this was an inflated notion, that was New York as well.

Two people on the TV screen in front of us were speaking remotely about bridge and tunnel traffic.