the last book I ever read (How Should a Person Be? by Sheila Heti, excerpt three) 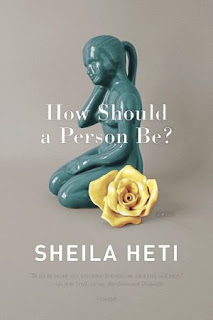 from How Should a Person Be?: A Novel from Life by Sheila Heti:

It has long been known to me that certain objects want you as much as you want them. These are the ones that become important, the objects you hold dear. The others fade from your life entirely. You wanted them, but they did not want you in return.

Though I had vowed not to spend more than seven dollars a day, since I was hardly making any money, I went into the store. I actually rushed in, as though everyone else in the city was about to have the same idea as me. I asked the old man what the tape recorder cost, knowing full well that I would buy it, no matter what it cost. I gave him my credit card and signed a slip of paper on which I promised to pay one hundred and twenty-nine dollars and thirty-two cents. Then I went across the street into the oily, red-awninged croissant shop, where I ordered an almond croissant and sat on a tall stool by a wall of windows.