the last book I ever read (The Book of Basketball by Bill Simmons, excerpt four) 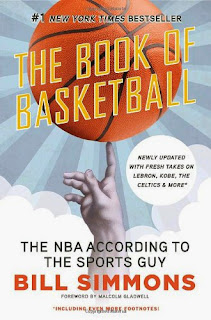 Of course, Kobe’s diva routine happened out of weakness: he couldn’t figure out his own identity and settled on a slightly creepy Jordan impression, pursuing that goal by trying to excel on both ends (did it), win a few rings (did it), score as many points as possible (did it), mimic Jordan’s celebratory fist pump (did it) and lead his own team to the title (finally did it). Everything about Kobe’s handling of the inevitable transition from “the Robin to Shaq’s Batman” to “Batman” was clumsy. Jordan always knew who he was. He had to win at everything. He studied up on opponents and searched for any signs of weakness, even pumping beat writers and broadcasters for insider information. He soaked teammates in poker on team flights so brutally that coaches warned rookies to stay away. He lost in Ping-Pong to teammate Rod Higgins once, bought a table and became the best Ping-Pong player on the team. He dunked on Utah’s John Stockton once, heard Utah owner Larry Miller scream, “Why don’t you pick on someone your own size?” then dunked on center Mel Turpin and hissed at Miller afterward, “He big enough for you?” He bribed airport baggage guys to put out his suitcase first once, then wagered teammates that his bag would be the first one on the conveyor belt. He stormed out of a Bulls scrimmage once like a little kid because he thought Doug Collins screwed up the score. When a team of college All-Stars outscored the Dream Team in a half-assed scrimmage and made the mistake of puffing their chests out, Jordan started out the next day’s scrimmage by pointing at Allan Houston and simply saying, “I got him” … and Houston didn’t touch the ball for two hours.