the last book I ever read (Post Office by Charles Bukowski, excerpt seven) 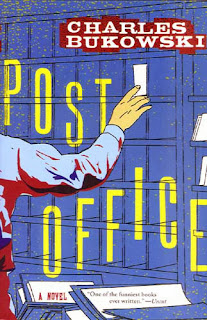 But, there were still bits of action. One guy was caught on the same stairway that I had been trapped on. He was caught there with his head under some girl’s skirt. Then one of the girls who worked in the cafeteria complained that she hadn’t been paid, as promised, for a bit of oral copulation she had supplied to a general foreman and three mailhandlers. They fired the girl and the three mailhandlers and busted the general foreman down to supervisor.