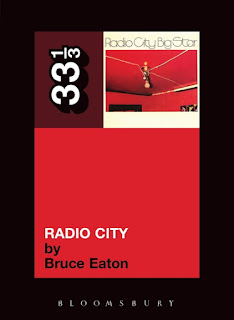 If Radio City sounded like an album that had been created in the past and then beamed to a time and place somewhere in the future for the world to eventually discover, it never really did have much of a present. It sold few copies when it was released in March of 1974—somewhere under 10,000 is a reasonable guess. If you had a copy, the cover most likely had a promo sticker or a corner cut off. What copies made their way out into the world found their way into the hands of people who played it over and over. Radio City became much sought after, and once secured, treasured. Odds are that if you had a copy, it wasn’t just another record in your collection. It was a directive for a mission—you had to spread the word. You had made a point of playing it for your friends and gladly made a cassette copy when they shook their heads in amazement. When you met someone who already knew about Big Star, it was like a musical handshake that made you part of an underground of true believers. A lot of those handshakes were the beginning of new bands. Some of those bands went on to enjoy the success that their inspiration had optimistically hoped for—even expected—during its brief life. If influence could be measured, Radio City would have now gone platinum many times over.