the last book I ever read (The Talented Mr. Ripley, excerpt three) 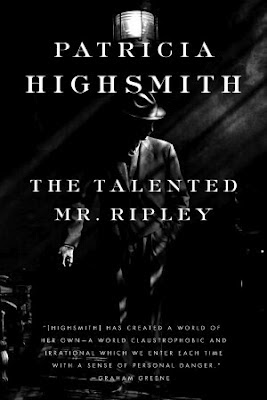 from The Talented Mr. Ripley by Patricia Highsmith:

They took only one suitcase of Dickie's between them, because they planned to be away only three nights and four days. Dickie was in a slightly more cheerful mood, but the awful finality was still there, the feeling that this was the last trip they would make together anywhere. To Tom, Dickie's polite cheerfulness on the train was like the cheerfulness of a host who had loathed his guest and is afraid the guest realizes it, and who tries to make it up at the last minute. Tom had never before in his life felt like an unwelcome, boring guest. On the train, Dickie told Tom about San Remo and the week he had spent there with Freddie Miles when he first arrived in Italy. San Remo was tiny, but it had a famous name as an international shopping centre, Dickie said, and people came across the French border to buy things there. It occurred to Tom that Dickie was trying to sell him on the town and might try to persuade him to stay there alone instead of coming back to Mongibello. Tom began to feel an aversion to the place before they got there.