the last book I ever read (Sylvia Plath's The Bell Jar, excerpt nine) 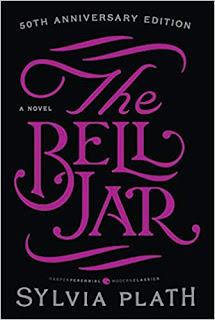 from The Bell Jar by Sylvia Plath:

There were lots requirements, and I didn’t have half of them. One of the requirements was a course in the eighteenth century. I hated the very idea of the eighteenth century, with all those smug men writing tight little couplets and being so dead keen on reason. So I’d skipped it. They let you do that in honors, you were much freer. I had been so free I’d spent most of my time on Dylan Thomas.

A friend of mine, also in honors, had managed never to read a word of Shakespeare; but she was a real expert on the Four Quartets.

I saw how impossible and embarrassing it would be for me to try to switch from my free program into the stricter one. So I looked up the requirements for English majors at the city college where my mother taught.

They were even worse.