the last book I ever read (Andrey Kurkov's Ukraine Diaries: Dispatches from Kiev, excerpt one) 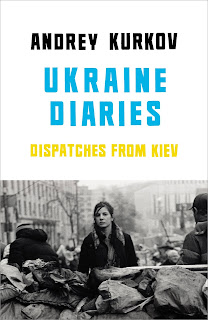 Because of the protests, the day to commemorate the victims of Holodomor went unmarked. It was the governor of the Donetsk region who suddenly remembered it. In his brief speech, he acknowledged that the great famine was entirely planned, because during that period, in the parts of Ukraine that belonged to Romania and Poland in 1932 and 1933, no one went hungry. One wonders if he will now suffer the wrath of the Party of Regions, to which he belongs, and who deny any responsibility on the part of Stalin and the Communist Party of the Soviet Union in the famine that caused the deaths in Ukraine of between three and five million people.