Gary Larsen, the seventh interview from Deadspin's Would You Do It Again? series 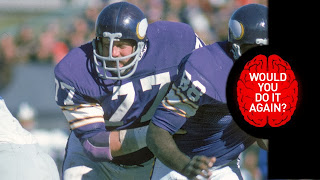 "There's a lot of guys that played, you know, the time I played, that have had a lot of serious problems, that have committed suicide or are in homes. You know, they don't know if they're on foot or horseback. They've lost it all."

I have been talking (including twice this morning) and will be talking (including this afternoon and twice more tomorrow) with some of the more than 4500 former NFL players who have filed suit against the League over concussions and other head injuries.